Tag Archive for: Plant for the Planet 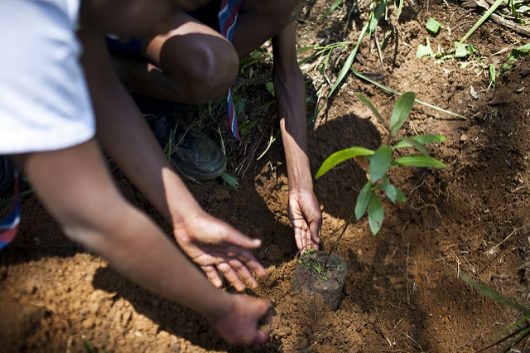 Felix Finkbeiner, a German 19-year-old, has created a global youth movement, Plant For The Planet, in hopes of saving communities all over the world and eventually building a suitable place for everyone to live. Younger generation helps protect the world with the ambitious Finkbeiner, and they show how little actions can make huge differences for the better.

The Younger Generation Cares About the World

At nine years old, Felix Finkbeiner had the goal of protecting land by increasing the number of trees. Finkbeiner successfully motivated 75,000 children to become climate ambassadors with Plant For The Planet, and over 15 billion saplings have been planted.

Finkbeiner spoke at the United Nations and European Parliament. Due to his hard work, Finkbeiner has gained traction for Plant for the Planet from the World Wildlife Fund. Since 2006, about 15.2 billion trees were planted by individual people, governments and businesses.

The movement’s founder is prepared to reach his goal of helping save the world by being knowledgeable about what matters. Through research, he found that there is enough land in the world to plant 589 billion mature trees harmlessly.

Finkbeiner explains, “We need to plant at least a trillion trees to get 600 billion, since many will not survive. Additionally, we must protect the 170 billion trees in imminent risk of destruction.” Younger generation helps contribute to positive changes in the world following the example of Finkbeiner.

Plant for the Planet has planted trees in 200 countries including:

Plant for the Planet bought a 33,359-acre ranch near Cancun, Mexico in 2014 that employs 78 people. The ranch strives to plant ten million trees on the land by 2020 because its land was deforested.

The following countries are supportive of planting more trees to help with the reforestation of saving land all over the world: Ethiopia, Niger, Mali many other African countries and Latin American countries. Plant for The Planet has planted more than 14 billion trees in more than 130 nations and set the goal of planting one trillion trees in the next thirty years, with the Trillion Tree Campaign.

More trees can help solve many global issues by providing a healthier living environment for people. In fact, the planting of one trillion trees can collect an extra ten billion tons of carbon dioxide yearly.

The younger generation helps to make the world a better place by involving themselves in solving global issues. This population knows that there is not much time to stop these global problems from getting worse for their children, so Finkbeiner and the younger generation are taking action-oriented steps to help alleviate global poverty — one tree at a time.