Tag Archive for: Plague in Madagascar 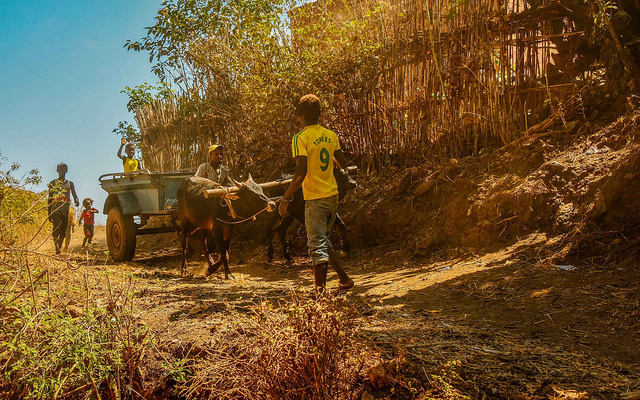 An outbreak of the pneumonic plague is threatening citizens and affecting many areas of Madagascar, including the capital city, Antananarivo, which is heavily populated. The plague in Madagascar is serious and spreading quickly, and has prompted the World Health Organization (WHO), along with the Madagascar Ministry of Health, to initiate a public health response to the illness. Madagascar is also receiving help from other organizations throughout the world.

The WHO has reported 1,365 possible cases of the plague in Madagascar from the beginning of August to the end of October 2017. About eight percent of these cases have led to death.

Plague pneumonia is the most serious case of the plague disease, caused by a bacteria called Yersinia pestis, often found in rodents. The disease is easily spread: someone could become infected just by breathing in the bacteria after someone coughs, through touch, or by getting bitten by a plague-infected flea. Often times, swollen lymph nodes are the earliest symptom of the plague.

Forty of Madagascar’s 114 districts have reported cases of the pneumonic plague. The WHO reports that most of the deaths occurring from the plague are not in treatment centers. It is urging people to find a treatment center near them to prevent the spread of the plague. The WHO has provided medication and treatment to treat up to 5,000 people, protected 100,000 people who could have come in contact with the disease and have trained thousands of volunteers.

Not only does the plague pose a threat to individuals in terms of health, but it also affects socialization and education. The government has forbidden any public gatherings, as well as closed all of the schools at the risk of spreading the disease further. The airports in Madagascar are also taking measures to check temperatures and place medical teams to ensure those traveling are not taking it with them.