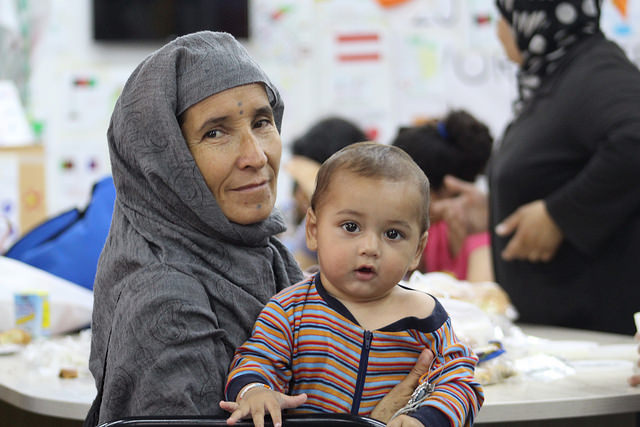 In Italian, “pianoterra” translates to “ground floor.” Pianoterra is also an organization based in Italy that is working to keep refugee mothers and children safe.

Pianoterra was founded by Alessia Bulgari, Flaminia Trapani and Ciro Nesci. According to the group’s website, “[the founders’] stories are intertwined by personal ties: Alessia and Flaminia are cousins, Flaminia and Ciro are husband and wife.”

Pianoterra has led several initiatives to improve the lives of refugee women and children. Two of these important projects include “Right to Feed – Support of Breastfeeding” and “From Mom to Mom.”

The project “Right to Feed – Support of Breastfeeding” began in January 2009. The project was aimed at mothers who were unable to breastfeed and did not have a sufficient amount of money to be able to feed their children. Pianoterra worked to “distribute free formula milk, according to pediatric prescriptions, and other basic necessities.”

With the “From Mom to Mom” initiative, Pianoterra helped mothers by collecting and distributing second-hand items for children. By collecting second-hand articles and connecting the women who donate with the women in need, mothers are “directly linked to a solidarity network of other women and mothers willing to support,” according to the organization’s website.

The Immigration Situation in Italy

Currently, immigration to Italy is occurring in large numbers. In 2018 alone, approximately 33,000 refugees have fled to Italy. However, the nation’s new interior minister has stated that “the country will no longer be ‘Europe’s refugee camp,’” according to TeleSur.

With the new government leaders in Italy, many refugees cannot count on staying in Italy. TeleSur reports that Italy’s “right-wing League stated that the vast majority of migrants in Italy have no right to refugee status, Italy cannot help them and by accepting low pay they worsen the working conditions of Italians.”

Although the Italian government is changing, there are still organizations working to help women and refugees prosper in the country. Pianoterra will continue to assist mothers in caring for their children and bettering their futures.