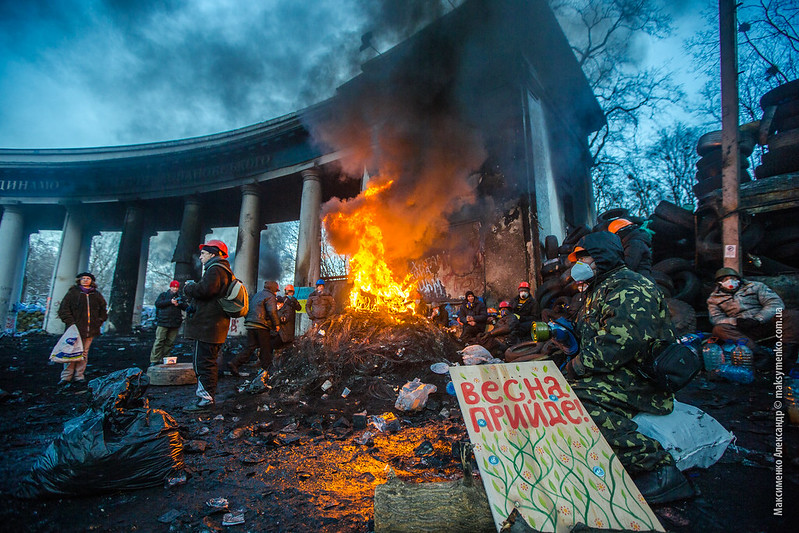 On February 24, 2022, Vladimir Putin ordered his troops to invade Ukraine, resulting in the death of thousands of Ukrainian citizens. This decision has led to many fleeing the country, the separation of families, and the most significant refugee crisis in Europe since World War II. Putin’s crimes have brought forward a dreadful reality for those living in Ukraine, as they have witnessed the destruction of their homes, towns and cities. The Russo-Ukrainian War has affected countless facets of daily life including education in Ukraine.

Education in Ukraine evidently stalled in the wake of Russia’s invasion. Commuting to schools and universities is certainly out of the question for the time being and remote learning began in mid-March 2020. In many regions, Russian attacks have destroyed the physical infrastructure of school buildings, leaving many children without a place to learn. A March 22 Voice of America YouTube video reported that “About 400 buildings have been damaged, about 60 have been fully destroyed.”

If Ukraine is unable to repair school buildings, many children will encounter educational burdens. COVID-19 forced students all over the world into the state of online learning, which disengaged many from their material. Combining the lack of a proper learning environment with the traumatizing events that Ukraine has seen in 2022, could produce a generation of disenfranchised individuals.

The educational leaders of Ukraine had little time to prepare and adjust to these unprecedented circumstances. Given how swiftly the Russian army moved, these attacks caught much of the country off guard. One audible that rose in the wake of these devastating attacks came when Google teamed up with Serhily Shkaret, the Ukrainian Minister of Education. “Together with our colleagues from Google, we created an all-Ukraine online curriculum that is based on an average school curriculum. Even if there are no teachers, even if there is no possibility of being in a classroom in a group, children still have the ability to be a part of the education process.”

Google Meet and Zoom assisted Ukraine in its ever-changing educational approach. Even a stable internet connection became possible. This partly became possible “thanks in large part to technicians and telecom engineers who’ve risked their lives to keep the country online.”

Children often get sidetracked from their work, especially in the classroom. For those that have a poor family dynamic at home, learning something new can serve as a distraction and focus their energy on something positive. Additionally, for the children growing up in Ukraine right now, there could not be more of a need for positive distractions. Ksenia Kalyniuk, the Head of Educational Platform in Ukraine illustrates her initiative’s motives: “There are a lot of students and I understand that our primary goal is to distract children and give them new information so they can use their time productively.” If not for these efforts, Ukrainian children would inherit a greater exposure to the ongoing troubles of their country.

Education in Ukraine should most definitely be at the forefront of United Nation and EU agendas. As with any war or violent conflict, the economy usually suffers in the weeks, months and years that follow. These economically demoralizing after-effects prove the value of education and display the urgency that families may sense as their children go through school. DNAIndiaNews provides a concerning statistic on the state of Ukraine that came from UNDP, stating that nine out of 10 Ukrainians may face poverty and economic vulnerability in the coming years. Concerns like these are especially devastating when accounting for the 20-year span of economic gain in Ukraine’s history.

It is evident that one country cannot tackle this crisis alone. Google’s efforts have been empowering because they have enabled Ukrainian educational leaders to continue their instruction amid a war with far-reaching humanitarian consequences. The impact of foreign aid on education in Ukraine could be significant. Ukraine’s children need to learn, grow and develop just as children do across the globe. Without an educational background, they may face an even more daunting challenge than the Putin-enforced reality has brought forth.