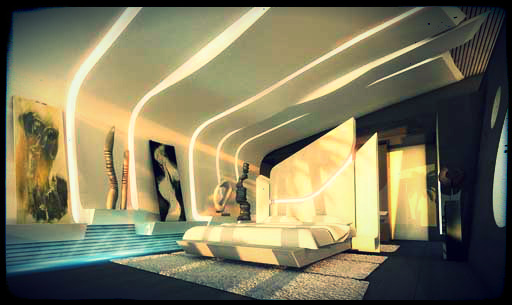 Some mourn through tears, others through memoirs, but there are those people like Mark Weingard who mourn and honor the dead through 6 stars hotels. While vacationing at his beachfront home in Phuket, Thailand, in December 2006, Weingard was awoken by the same sound that silenced hundreds and thousands of voices. Thanks to the structuring of his home, Weingard survived the tsunami and was able to get back to his daily life in London as the CEO of Reset, the inter-bank broking firm he started in 1998.

Two years earlier, Mark’s fiancé was tragically killed in the Bali Bombings while attending a wedding. In her honor, as well as in an effort to bring about a sense of purpose in his own life, Weingard established the Annika Linden Foundation. The foundation’s main purpose was initially to help out children and their families who were victims of the bombing. In little over a decade, his organization, now known as the Inspirasia Foundation, has been able to collect over $10 million in donations from various banking firms. This money is used to fund 16 different programs and projects from rehabilitation to education in Thailand, India, and Indonesia.

Weingard’s newest endeavor is Iniala, a 6 star, 10 room, a luxury hotel built on the land where his destroyed beach house once stood. 10% of the proceeds will be directly used to help fund the work of Inspirasia, an expected $800,000 annually. But Iniala is going to be only one of a handful of luxury hotels that will be part of the Iniala Group, which designs and operates luxury hotels across Asia. The expected annual collection from this giant venture will total $10 million, all going to the foundation.

Weingard’s past was the drive for establishing his foundation as well as the inspiration for his unique philosophy on giving. After his father’s tragic accident when he was 9, and marginally escaping death a few times himself (he was scheduled for a meeting at a World Trade Center office on 9/11), Weingard believes that the human potential is much greater than ourselves. “We are only here once, and we have to make the most of life…not only for ourselves but also for those around us.”

Through what he calls ‘strategic philanthropy’, Weingard brings together multiple disciplines such as finance, marketing, and law to make sound investments in the non-profit world. Only this way will organizations be able to “generate and scale social change as effectively and efficiently as a successful company generates profit and expands its business”.

It is absolutely refreshing to see successful businessmen and women transferring their world-class experience and knowledge into the non-profit world. Mixing ideas from finance, the legal sector, politics, and design in an efficient manner ensures that no time or money is wasted in these massive operations to help those in need. To sustain and even revamp the direction of non-profit organizations, this sort of creative and unique outlook is absolutely required to draw attention, money, and time.