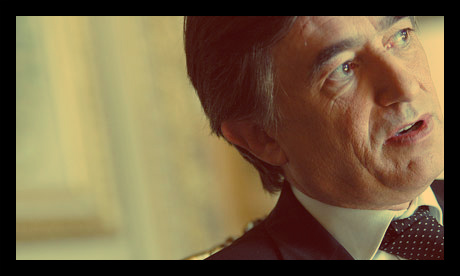 In an interview with the British publication The Guardian, Philippe Douste-Blazy, special adviser to the U.N. secretary-general on innovative finance for development, and chairman of the global health partnership Unitaid,  discussed his interest in development, its relationship to poverty and extremism, and the goals of his organization.

Douste-Blazy recounted how his interest in development was sparked by a conversation he had with former French President Chirac, who emphasized for him the  political importance of caring for the 1.5 billion people living in extreme poverty. Chirac’s arguments helped convince Douste-Blazy that the more the world becomes interconnected, the more inequality there is, and that “breed[s] ground for conflict.” Douste-Blazy personalized these issues by stating that if he were an 18-year old living in a developing country and he had to watch his family die from malaria because “the world could not give them less than a pound while knowing that in London or Paris a couple may spend 100 [euros] on dinner, [he could] understand how poverty can be a catalyst for extremist views.”

In his interview Douste-Blazy also described how Unitaid, which uses innovative financing to help facilitate accessibility to the diagnosis and treatment of HIV/AIDS, Malaria, and Tuberculosis in developing countries, started off with the concept of raising plane ticket prices by 1 euro and donating that 1 to raise these funds. Unitaid was established in 2006 by Brazil, Chile, France, Norway, and the U.K. Today, various members support this mission, including organizations from the global south. Douste-Blazy asserted that this mission’s key goal is to show the international community that this “levy tax on plane tickets” can produce solid results through new financing models further beyond the U.N. Millennium Development Goals. To address the financial problems of development, he said that there is a need for “new sources of innovative financing,” that invest in the poor of today so that they can become the “economic actors of tomorrow” cutting off the ties between poverty and extremism.