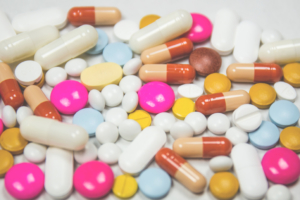 On April 1, 2014, The World Bank, the Bill and Melinda Gates Foundation, and the Children’s Investment Fund Foundation pledged $240 million to fight “neglected” infectious diseases in Africa and other developing regions. The funds are in conjunction with a 2012 pledge from 13 pharmaceutical companies and the governments of the United States, the United Arab Emirates, and the United Kingdom that promised monetary and medicinal donations to treat and possibly cure 10 of the most virulent parasitic and bacterial infections by the end of the decade.

The Bill and Melinda Gates Foundation and the Children’s Investment Fund Foundation will each donate $50 million and the World Bank will give $120 million.

This partnership between large donors and pharmaceutical companies is an attempt to maximize the effectiveness of the renewed effort to treat and eradicate neglected infectious diseases.

A large proportion of the donated money, $120 million, will be used to fight soil-transmitted helminthes, including hookworm, roundworm and whipworm. These intestinal worms are some of the most common afflictions for children in the developing world.

Administration of drugs will be facilitated by the mass donation of drugs from pharmaceutical companies and coordination efforts to treat multiple infections with similar methods. Data collection is critical, especially for traditionally neglected diseases, in order to know the prevalence of infection in humans and in the vectors that transmit it. Because the vectors that spread infectious diseases are costly and challenging to control, the partner organizations see potential in “cross-disease coordination” to maximize the impact of vector-control efforts.

According to the Bill and Melinda Gates Foundation, more than 1 billion people in the developing world contract infectious diseases that are often neglected and receive less funding from international donors.

These neglected infectious diseases can cause death, blindness, anemia, pregnancy complications, brain damage and stunting of children’s growth. Many of those afflicted suffer from more than one of these diseases simultaneously, which not only affects people’s health but also their ability to go to work or school, take care of their family and create their personal paths out of poverty.

The director-general of the World Health Organization (WHO), Margaret Chan, asserts that partnerships with pharmaceutical companies that have donated large amounts of drugs have already led to “tremendous progress.”

Further, she states, “Together with the governments of endemic countries, we are fast approaching the goal of controlling or eliminating many of these ancient causes of human misery.”