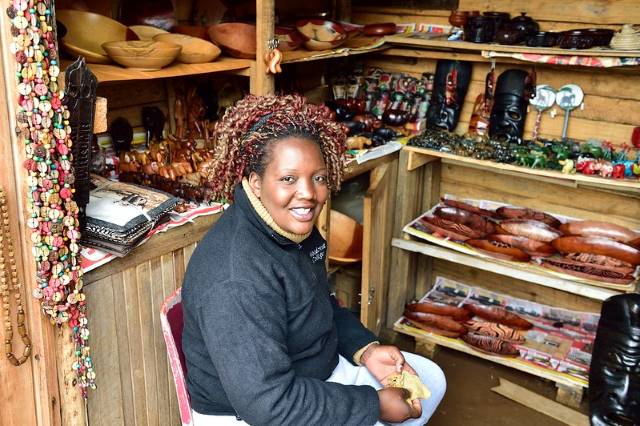 Unemployment in South Africa reached new highs at the end of 2021, equating to more than 7.9 million individuals between October and December 2021. Typically, high unemployment rates spur predictions of economic decrease and little mobility for the coming fiscal year. The finance ministry expects South Africa’s economic growth rate to reach 2.1% in 2022, however, experts say this is insufficient “to make a meaningful dent in unemployment and poverty.” Despite the economic downturn that South Africans face, especially South African manufacturing and construction workers, there is some hope.

History of Unemployment in South Africa

Unemployment in South Africa has an extensive history and myriad reasons. The unemployment rate is dependent on which unemployment type one is referring to. There is the “standard definition” by which people between 15 and 64 actively search for employment while without a job for a specific time. Then, the expanded definition of unemployment refers to the unemployed “who have stopped looking for work.”

By the end of 2021’s third quarter, unemployment in South Africa stood at 34.9%, according to the standard definition, but stood at 46.6%, according to the expanded definition. Countless factors contribute to unemployment in South Africa. The most significant factors stem from the nation’s “legacy of apartheid,” shortages of jobs and “slow economic growth.”

Manufacturing in South Africa is suffering just as much economic downturn as construction, though, having lost 80,000 jobs in the last quarter of 2021. The manufacturing sector faced a 3.3% economic contraction in 2008. Like many areas of South Africa’s economy after the recession, manufacturing is still working to bring back more jobs and support all its workers. Though the outlook may be grim, critical steps can address South Africa’s unemployment drop.

How South Africa Can Recover

According to the standard and expanded definitions of unemployment, South Africa has many courses of action that can help those facing unemployment. The most significant hope across South Africa is that the government will intervene and create policies to help all business sectors in South Africa, not only construction and manufacturing.

There are hopes that more trade in 2022 with the U.S. and China will secure enough work for the country to help the manufacturing industry rebound.

Experts predict that the construction sector will bounce back. Projections indicate that the industry will “rebound in 2022 and expand by 9.1% in real terms.” Then, the construction sector will “stabilize at an annual average growth of 3.1% between 2023-2025, although output will not return to pre-pandemic levels during the entire forecast period.” Government investments in large-scale projects will support this recovery.

The South African government initiated the Presidential Employment Stimulus (PES) in response to COVID-19’s impact on employment in South Africa. Overall, the program’s “aim is to create jobs and strengthen livelihoods, supporting meaningful work while the labor market recovers.”

The government implemented the PES in October 2020 to provide economic support to publicly-funded jobs. The stimulus has two phases. Phase 1 worked with regional and national departments to invest in job creation to provide the unemployed with new skills in jobs that could lead to long-term employment. As of January 2022, the PES created more than 673,000 jobs while supporting more than 140,000 livelihoods. Youths made up 85% of the program beneficiaries and females made up 63% of all program beneficiaries.

Officially, Phase 2 is currently in progress with no specific end date as yet. Overall, the PES is beneficial to South Africa in combating unemployment. PES encapsulates several different unemployment-fighting programs in South Africa, which serve to boost the economy and reduce poverty.

Several strategies have the potential to decrease unemployment and, in the long run, reduce poverty. In April 2020, the poverty rate in South Africa stood at 55.5% and the predicted economic growth in 2022 is only 2%, which would not significantly improve South Africa’s poverty levels. However, if the government continues to prioritize programs to provide employment opportunities and fund projects to ignite growth in struggling sectors, 2022 may hold greater improvements.