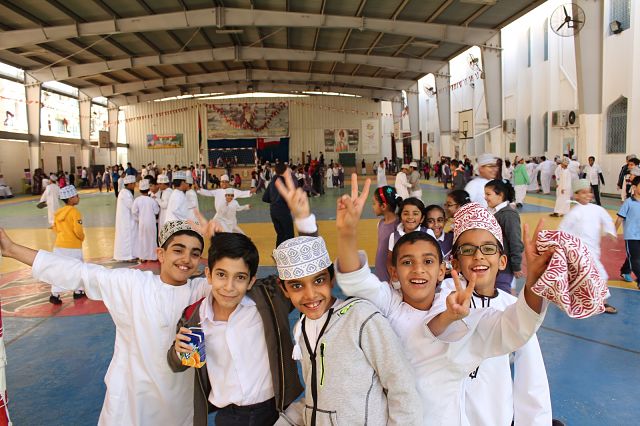 Beginning with a push in the 1970s, the Omani education system has flourished, as nearly all school-aged children are attending school. However, the government of Oman has declared that not only do they intend to maintain the achievements made thus far, but they also fully expect to further enhance and improve the quality and efficiency of education in Oman.

Primary school is the first step in the Omani education system. It constitutes a six-year, basic level of education. Following this, students may attend a middle level of schooling. Upon completion of this second step, students have either completed their education and go on to work or they have academically qualified to continue into secondary schooling. At this point, students are given the option to specialize in either the sciences or arts – this requires the school to confirm the students’ proficiencies. Both programs result in a school certificate and, dependent on each student’s secondary school performance, provides a key into one of Oman’s nine colleges or the sole state university. The best part about public education in Oman is that it is given free of charge.

Higher education in Oman has seen growth, too. In 2016, Munawar Hameed, Head of Marketing and Public Relations at the Oman College of Management and Technology, reported that college registrations are going up and that more women have enrolled in higher education institutes than men. Further, the government even funds some students to matriculate at overseas universities, including some in the U.S. and UK.

Overall, Oman is successfully navigating the typically troubled waters of education in a poorer nation. However, despite the odds, the push for a more educated citizenry is paying off. The Ministry of Higher Education has done more than its due diligence in improving education in Oman. At the current rate of growth, Omani citizens should soon show nationwide literacy and education, which will place them far ahead of citizens in many surrounding countries.

This January marks the 26th anniversary of the beginning of the Persian Gulf War, a conflict that displaced millions and would go on to set the pace of Middle Eastern dynamics in the twenty-first century. Here are 10 important things to know about the Gulf War.