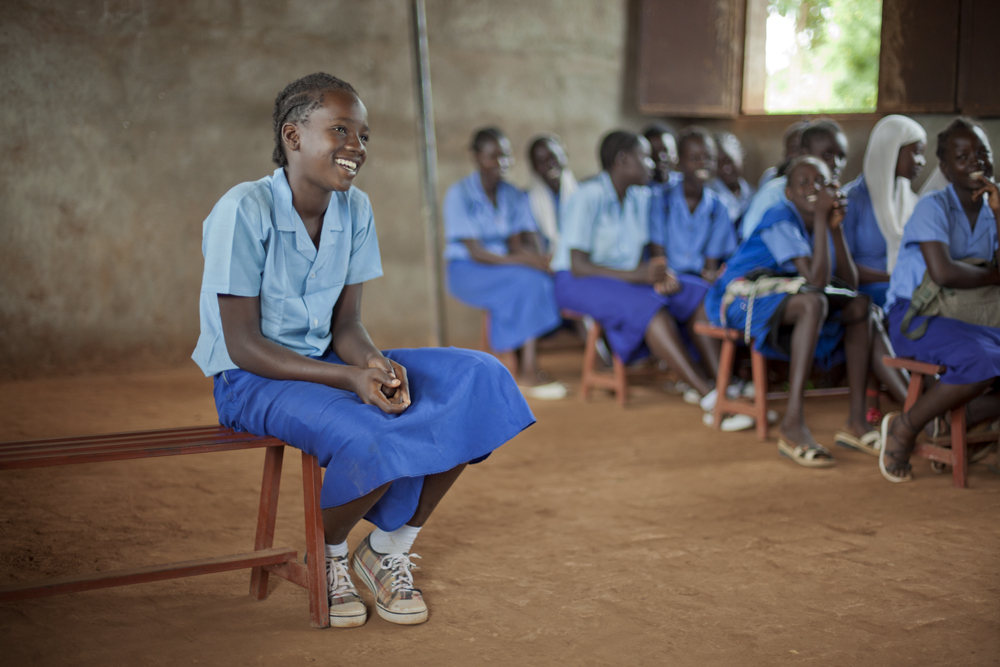 Since the beginning of South Sudan’s civil war in 2013, more than 2 million people have fled their homes, and many have landed in refugee settlements in neighboring countries like Kenya, Sudan, and Uganda. In and around South Sudan, women without adequate menstruation resources face additional challenges in daily life.

Even though menstruation is a fact of life for most women, cultural taboos prevent conversations about this topic. As a result, many school-age girls in South Sudan are not taught about menstruation and how to safely care for themselves before getting their first period.

A 2014 study conducted across South Sudan found that 28.4% of young, female respondents consider menstruation to be a disease. In the Lopa-Lafon county alone, more than 60% hold this belief. Country-wide, 48.7% of respondents think that menstrual blood is dangerous, 58.2% believe that women are unclean during menstruation and 59.9% believe that if a woman has pain while on her period she is unhealthy.

The consequences of upholding secrecy around menstruation in South Sudan are severe. Coupled with low resources, women in refugee settlements and impoverished communities often use rags, newspapers, leaves or banana peels as substitutes for pads. When these items fail and breakthrough bleeding occurs, women are often met with aversion and jokes. Since menstrual blood is considered dirty, women must bathe and wash their rags far from any communal water source. This reduces women’s capacity for frequent washing and increases their risk of infection.

Some, especially refugees, are forced to isolate themselves during menstruation because there is no other way to hide their period. This often prevents girls from sleeping at home or going to school. As a result, girls lose up to three months of classes each year, causing them to fall behind. Furthermore, when period poverty interferes with girls’ education, they are more likely to drop out of school and be married at a young age, often having children shortly after. Globally, the leading cause of death for girls ages 15-19 is pregnancy and childbirth complications.

SmilePad gets its name from the smiles it puts on girls’ faces when they are given this reusable, cotton-and-plastic sanitary pad. The pad can be washed and reused for months and comes in a three-pack along with a couple of pairs of underwear. UNICEF funds the project and the NGOs that buy and distribute the pads to communities in South Sudan. The goal is to help girls manage their periods so they can stay in school.

The Freedom Pads Project has distributed 1,500 reusable pads to women and girls in refugee camps in Uganda and South Sudan. Founder Akeer Chut-Deng also tries to provide a space for learning about menstruation and women’s health in the schools and communities she visits.

Men4Women is an organization devoted to raising awareness and improving education about menstruation for men and women. While handing out sanitary pads in schools, they begin the conversation about the taboo subject, hoping that both girls and boys will grow more comfortable talking about periods to end the stigma and promote women’s health.

While period poverty remains a significant issue in South Sudan, there is hope for the future. The efforts of these organizations to combat period poverty in South Sudan is essential. Moving forward, more work must be done to provide menstrual products and reduce the social stigma surrounding menstruation.