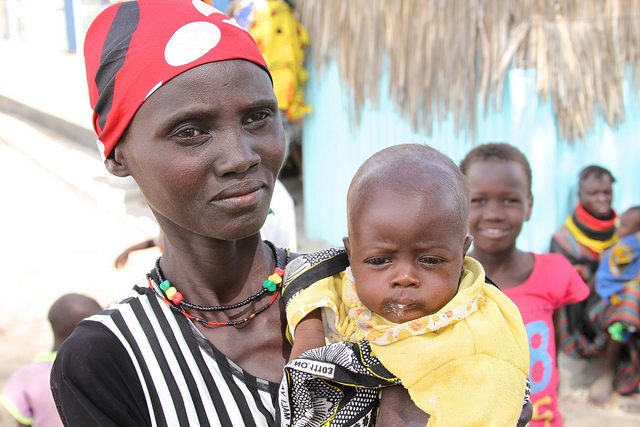 HIV/AIDS is embedded in social and economic inequity and there exists a critical connection between the disease and poverty. There is strong evidence that the disease affects individuals of lower socioeconomic status and impoverished nations at a disproportionately high rate. This is also true when examining the occurrence of mother-to-child transmission, which accounts for more than 90 percent of HIV infections in children.

S. Res. 310, according to U.S. Congress, is a “resolution that recognizes the importance of a continued commitment to ending pediatric AIDS worldwide.” This is of extreme importance because, not only do children suffer the most from HIV/AIDS because of their developing immune systems, but they also are the key to eradicating the disease and breaking the cycle of infection. Without diagnosis and treatment, one-third of infected infants will die before the age of one, one-half will die before their second birthday and 80 percent will die before their fifth birthday.

As a leading cause of death among adolescents, AIDS is devastating the lives and hopes of millions of children worldwide. Pediatric HIV-related deaths have more than tripled since 2000, requiring immediate attention and resolution.

S. Res. 310 recognizes that women and children are in desperate need of HIV-related services. Data from 2016 shows that half of the 36,700,000 people worldwide who suffer from HIV are women and 2,100,000 are children. Despite the increased efforts by the U.S. and countries around the world, over 400 children were born HIV-positive every day in 2016. This legislation highlights that continued commitment is required in order to eradicate pediatric AIDS.

The resolution allows the U.S. to provide women and children with HIV counseling and testing services and to improve access to services and medicines that prevent mother-to-child transmission of HIV. The legislation also supports expanding treatment for pediatric and adolescent HIV, including greater access to more efficacious antiretroviral drug regimens, age-appropriate services and support for the caregivers of children and adolescents.

In the words of the resolution, “every mother should have the opportunity to fight for the life of her child; and every child and adolescent should have access to medicine to lead a long and healthy life.”

While the world’s eye is fixed on the rise of Ebola in West Africa, it misses good news elsewhere about an even more deadly virus—HIV.

Pediatric HIV is one of the most feared diseases, and one with one of the highest risks of preventing children from seeing adulthood. Some 3.2 million infants live with the virus and around 700 are infected every single day.

An HIV diagnosis in an infant has been compared to a diagnosis in an adult at the beginning of the HIV epidemic in the 1980s. To put it more bluntly, it has been called “a death sentence.” Fifty percent do not live past two years old. Three people die of AIDS every minute and nearly 200,000 children died in 2013 alone.

For some time, a child known as the “Mississippi Baby” provided hope. The infant gained fame after being born with HIV but undergoing antiretroviral treatment immediately and testing with no evidence of the virus. Doctors described her as “functionally cured.” The virus recently returned, however and the baby will undergo further treatment.

Despite this setback, the outlook for the treatment of HIV has the ambition necessary for a strong battle. In 2001, the WHO claimed that there might be universal treatment coverage in certain regions of Africa by 2020. A plan called Treatment 2015 has details about how to reach 15 million people with antiretroviral treatment by the year 2015.

Countries like South Africa exhibited signs of massive success. In 2008, death from the disease was rampant and Nelson Mandela’s lethargic successor had no positive impact. But now the country has 2.4 million people receiving antiretroviral drugs and it adds another 100,000 per month. Clinics that dispensed the drugs rose from 490 to 3,540, while nurses capable of prescribing them rose from 250 to 23,000. Life expectancy has increased by 10 years, while new infections are down 33 percent and mother-to-child transmission is down by up to as much as 90 percent.

The success is based mainly on the President’s Emergency Plan for AIDS Relief, started in 2003 by President George W. Bush. Since then, more than $3 billion has been spent training doctors, building clinics and buying drugs in South Africa alone.

But PEPFAR is set to transition into poorer countries and analysts suggest that this could expose South Africa to another HIV epidemic. Condoms are being used less and teenage girls in particular are contracting the disease at a high rate. But the people and the health minister of the country are confident they will find the political leverage necessary to continue fighting the disease.