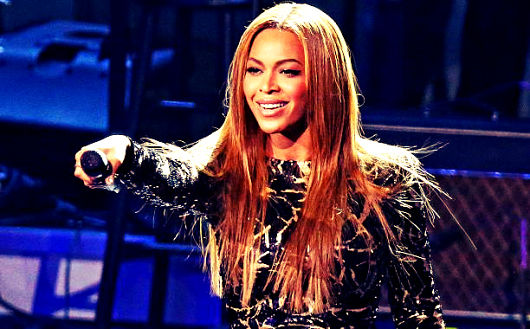 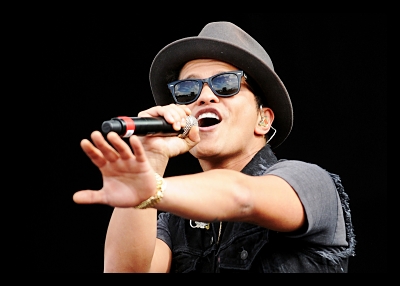 Bruno Mars isn’t just another handsome face singing catchy love songs. He — along with over 70 artists — is partnering with the Global Poverty Project to address poverty worldwide by using a fanbase to raise awareness and funds.

Global Citizen is a website managed by the Global Poverty Project that centralizes information about global poverty and opportunities to help. Its ultimate goal is to increase the number of citizens actively advocating for change. The site is comprised of actions related to education and advocacy campaigning, all of which address 13 key issues:

Participation in Global Citizen actions such as watching a video about extreme poverty, signing petitions, contacting representatives or volunteering time or money earn points for users, which can be redeemed for prizes.

14-time Grammy Award nominee Bruno Mars is one of over 70 artists who realize the importance of ending global poverty. As touring recording artists, they are exposed to areas of the world that suffer the effects of extreme poverty in outrageous percentages. Recognizing the power of their celebrity, they have stood up to support the movement. Mars joins a group of industry power-players like Jay-Z, Beyoncé, Bruce Springsteen, Pearl Jam, Kings of Leon, Kesha, Kanye West, John Mayer and more who have donated at least 2 tickets from each show scheduled in their current tour, resulting in over 20,000 tickets donated to Global Citizen. Once users reach enough points, they can enter a drawing for a chance to win concert tickets. Another option is simply redeeming a higher number of points for tickets, similar to the ‘Buy It Now’ feature on eBay.

Extreme poverty has been cut in half in the last 30 years, and the knowledge and resources necessary to end the crisis completely within a generation are available. It won’t happen overnight, but Global Citizen is breeding an army: an army with the power to end extreme poverty by making informed consumer decisions and advocating for change. Global Citizen and artists like Bruno Mars are helping people to see that every voice counts and every person is capable of changing lives around the world. 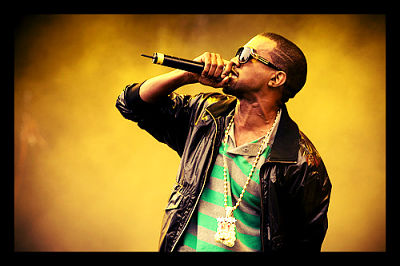 Music fans all over the country are constantly scrounging for those rare ticket opportunities that make the concert-going lifestyle more affordable. Especially for those still in school, ticket prices represent a significant obstacle to enjoying a favorite band or a killer night out with friends. So, whether it’s through a radio contest, ticket lottery, or sponsored corporate giveaway, free tickets are always nice. Now artists are making it possible to score those free tickets and tackle global poverty at the same time.

The Rolling Stones reports that major artists, like Pearl Jam and Bruce Springsteen, have joined Global Citizen Ticket Drive to donate two tickets from every show they play to inspire social activism. The idea is to place the tickets in a lottery where fans can use points they have gathered as the entry fee. The tickets come from the artists’ personal stash. So, there’s no worry about the shows selling out beforehand.

Fans collect points by setting up an account on Global Citizen’s webpage and posting poverty awareness videos on social media websites, signing petitions, or contacting local politicians among many other ways. Once an account holder has earned points, he or she can search local venues for their favorite artists and dump their easily-earned points into a lottery for the two available tickets. It’s that easy!

Not only are the usual suspects involved in the charity drive – Pearl Jam has a long history of donating to such drives, others were quick to answer the call: Kanye West, My Morning Jacket, and Black Sabbath have agreed to contribute two tickets a piece from their shows. Actually, the list is really impressive. Even major festivals, like Coachella and Bonnaroo, are on board.

For Black Sabbath, the move is a timely one, as they also just released a new album and are already plotting their next world tour. The album features a hit song, “God Is Dead,” which Ozzy notes is a commentary on global terrorism. In line with their general attention to global issues, it’s no wonder that the band is backing Global Citizen Ticket Drive.

The ticket donation drive is only one of Global Citizen’s means to address global poverty; they also put on a concert just last year that netted $1.3 billion for the cause. Headlining the show were Neil Young and Crazy Horse, the Foo Fighters, and the Black Keys.

What can bring together music stars ranging from Tony Bennett to Black Sabbath to Tim McGraw? Global Citizen can.

Global Citizen is an organization that encourages people to become social activists and fight against extreme global poverty. The Global Citizen Ticket Initiative was conceived by Pearl Jam’s manager Kelly Curtis and Global Poverty Project’s chief executive Hugh Evans. The program allows fans of music superstars to earn the chance to win free concert tickets by promoting awareness about global poverty. People can earn one point by sharing a video on Facebook that deals with global poverty and twenty points by raising twenty dollars or more for a charity participating in the program. The people who earn between ten and twenty points can choose to enter those points into a ticket lottery to win two tickets for their favorite star’s concert.

Curtis and Evans came up with the idea when they were planning last year’s Global Citizen Festival which raised $1.3 billion for the world’s poor. The Pearl Jam manager realized that the Global Citizen Ticket Initiative was a great way to spread activism in a way that was familiar and would attract millions of people. Evans who was already a veteran at planning and executing social activist programs helped organize the plan saying that “it just shows the natural link between music and social activism to create change.” 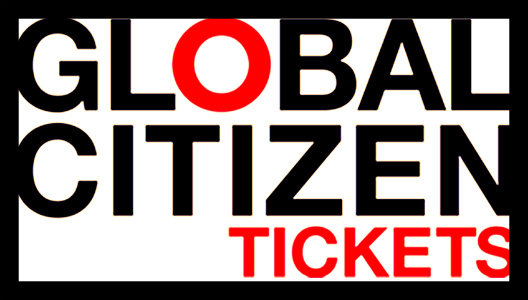 Ever imagine combining a love for music with a passion for social activism?  That is exactly what the Global Poverty Project did with the Global Citizen Ticket Initiative. This innovative initiative seeks to reward social activism with something music lovers seek: concert tickets! Social activists can now use their passion for changing the world to earn music tickets. The initiative builds off the Global Poverty Project’s highly successful Global Citizen Festival which was held in New York City in 2012. 60,000 people earned free tickets to that event by participating in social activist activities.

The initiative is supported by musicians such as Pearl Jam and music industry professionals who want to see engagement around global poverty and make the eradication of global poverty a reality.  Musicians can inspire and motivate individuals to action; their support is extremely important to the cause. The goal is to rally thousands around causes such as polio, malaria, women’s empowerment, and education.  By adding incentives, the Global Poverty Project hopes to reach a larger number of individuals and spread the message even farther.

Global Citizen tickets are earned based off of a point reward system.  The points are linked to levels of involvement in social activism. For example, posting a link on Facebook earns one point whereas calling your senator will earn five points. The points can be redeemed for local concerts as well as passes to major music fests like Bonnaroo. It’s a way of rewarding people for their actions and providing an alternative to purchasing concert tickets. Several artists who have signed on to participate include John Mayer, Kayne West, Rihanna, Tim McGraw, and the Dixie Chicks. A complete list of artists and festivals is available on the website.

Music fans and activists alike are invited to participate in the Global Citizen Ticket initiative.  Their is an innovative online platform as well as mobile application to make participation easy. To get involved, register at globalcitizen.org/tickets and get started raising awareness and earning rewards today.