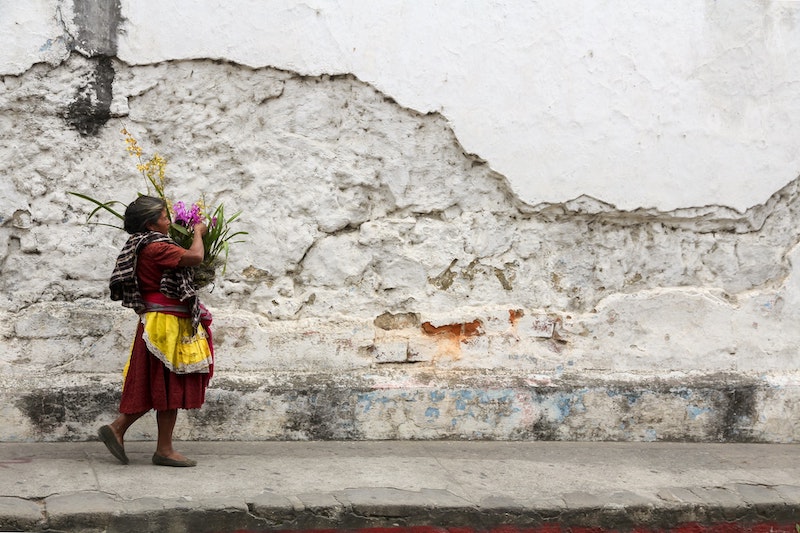 Between 1960 and 1996, Guatemala faced a civil war between the government of Guatemala and several leftist rebel groups, resulting in many deaths due to the destructive violence. This caused many mental health conditions to arise among the people residing in the country. Unfortunately, violence and public security continue to be a concern in Guatemala, which is deteriorating Guatemalan mental health.

The Importance of Mental Health

The Centers for Disease Control and Prevention (CDC) defines mental health as one’s emotional, psychological and social well-being, which affects how one experiences and performs in daily life. To add, mental health can help determine how people cope with stress and make choices. Mental health has significant links to physical health because poor mental health can lead to diseases, such as diabetes, heart disease and stroke.

More than 3,250,000 people in Guatemala could experience a mental health illness in their lifetime. However, unfortunately, many of them do not seek the help they require. In fact, one in four people between the ages of 18 and 65 have suffered or continue to suffer from a mental health disorder, but only 2.3% took the initiative to consult a psychiatrist to address their mental health issues.

Many people are reluctant to talk about their mental health due to a lack of knowledge on mental health in general and the stigma surrounding mental health in Guatemala. Furthermore, Guatemala’s poverty rate increased from 45.6% to 47% in 2020. As a result, Guatemalans are at greater risk of developing mental health disorders because they endure more poverty-related stress and face many economic difficulties in their daily lives. The limited mental health sources available to them are insufficient to help alleviate the stress that socioeconomic disadvantages cause.

In the United States, most health care providers do not cover expenses for mental health care. Interestingly, Guatemala does not have a universal health care system, let alone dedicated mental health legislation. As a result, Guatemalans have difficulty seeking help because the nation has “0.54 psychiatrists available per 100,000 inhabitants,” according to the American Psychological Association, and only five of these mental health specialists are located outside of the main cities. Guatemala is a low-income country that does not have the resources to make mental health data available to the public, which is why there are few studies and limited public data regarding this issue.

A study conducted by Rosalba Company-Cordoba and Diego Gomez-Baya analyzes the mental health of children in Guatemala. Interestingly, 50% of Guatemala’s total population is younger than 18 years old, meaning Guatemala is home to a significantly large portion of young people. A child’s mental health is valuable because mental health can have positive or negative long-lasting effects on development.

Unfortunately, Guatemala’s high poverty rate has led to increased levels of violence because of desperation and dire living conditions. Exposure to violence showed significant effects on a child’s mental health, such as depression and anxiety. Although childhood poverty is prevalent in many areas of Guatemala, the quality of life showed little significance in the study. These symptoms were more common in adolescents than in children because adolescents are more aware of their surroundings and environment. On the other hand, children exposed to low violence from urban areas with educated parents described higher qualities of life.

Violence rates have continued to increase with assaults, shootings, threats and robberies, causing many children to fear going to school. Almost 60% of Guatemalan students would prefer not to go to school due to fears of violence. Many students and teachers have received threats and experienced robberies or know victims of violence. Guatemala remains one of the most impoverished countries with high rates of violence, which poses a higher risk of a child developing mental health disorders.

Living in these socioeconomic disadvantaged areas can sway children to join gangs because there are few other options. The previously mentioned study showed the association between greater parental education level and higher income with lower food insecurity. However, many children do not attend higher education schooling because they have to work to help their families afford household essentials. The number of children living in urban areas is increasing, which leads to more children in unsanitary conditions and a high cost of living. Almost all children attend primary school, however, the completion rate is 15%, which leads to low enrollment rates for secondary school.

Solutions for Mental Health in Guatemala

Many people have taken action to improve the state of mental health in Guatemala, especially for children. First, many citizens are taking to the streets to protest against the continuation of violence. The implementation of the International Commission Against Impunity (CICIG) resulted in reductions in homicide rates. For example, there were fewer homicides per 100,000 people each year. The CICIG provided Guatemala with $150 million in international support to help reform its justice system, but President Jimmy Morales thought this violated Guatemalan authority. As a result, he removed the CICIG mandate in 2019, causing setbacks in progress.

Next, people are beginning to seek support for their mental health in Guatemala due to more specialized centers offering psycho-emotional support services to the public, such as Federico Mora National Hospital for Mental Health, for a low cost. According to the American Psychological Association, Guatemala has about seven psychologists for every 100,000 people, which is a number that continues to increase.

Lastly, schools are playing roles in fighting against gang violence to ensure the safety of children in Guatemala and other countries. With support from UNICEF and the Ministry of Education, schools created a Peace and Coexistence Committee. The idea is to promote an environment where schools do not tolerate violence, as Theirworld reported. The schools are trying to lead by example and show their students that violence is not the answer, noting fewer disputes among students.

Guatemala is working toward a better future by spreading awareness about mental health and fighting violent trends.