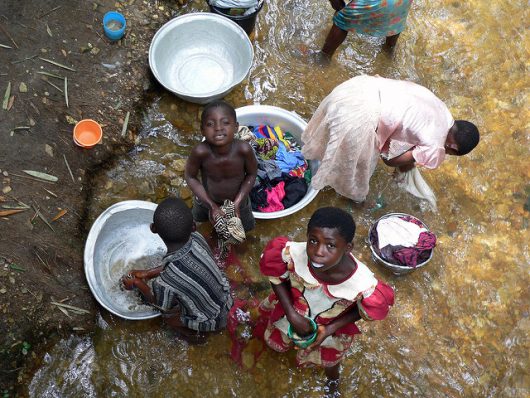 According to a World Bank report, there is a global learning crisis that is continuing to threaten millions of young students, and as the social gaps widen, the learning crisis increasingly becomes a moral and economic crisis as well.

This current report states that without learning, education fails to deliver on its main goal of eliminating extreme poverty and creating important life opportunities for all. Even after spending several years in school, millions still cannot read, write or do basic mathematics.

Globally, approximately 264 million lives are shy of achieving the fourth Sustainable Development Goal (SDG4), quality education for all. Some of the hardest hit by this global learning crisis are youths in countries such as Syria, Yemen and Sudan, as well as thousands of Rohingya children that were driven from their homes by the Myanmar government.

The report also notes that when leaders of countries make “learning for all” a national priority for its citizens, education standards can improve dramatically. South Korea is an excellent example of this. What was once a war-torn country with very low literacy rates achieved universal enrollment by 1995, and its youth performed at some of the highest levels when it came to international learning assessments.

Not all hope is lost, however. Some countries have decided to take action when it comes to combating the global learning crisis, and in particular, there is one region that happens to be facing the most severe cases of these challenges. Ghana’s government has been actively investing in its future and is completely on board with SDG4 by pursuing innovative strategies that will ensure girls, in particular, can continue their education.

In all, World Bank Chief Economist Paul Romer states that “The only way to make profess is to ‘find the truth from facts.’ If we let them, the facts about education reveal a painful truth. For too many children, schooling does not mean learning.” Three factors that will work towards combating the global learning crisis include assessing learning, making schools work for all children and mobilizing anyone and everyone who has a stake in learning. 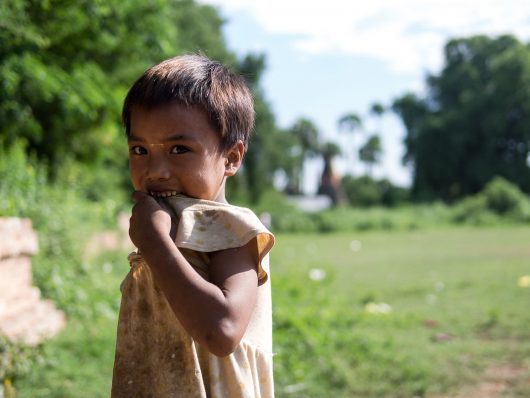 The World Bank Group (WBG) announced on July 18 that it had appointed Paul Romer as the next World Bank Chief Economist.

WBG President Jim Yong Kim has high hopes for Romer. “We’re most excited about his deep commitment to tackling poverty and inequality and finding innovative solutions that we can take to scale,” Kim said. Romer replaces Indian economist Kaushik Basu, who retired on July 31.

Romer is a professor of economics at the Stern School of Business at New York University (NYU). He also serves as Director of NYU’s Marron Institute of Urban Management and is a research associate at the National Bureau of Economic Research.

Several new organizations praised the pick for the new World Bank Chief Economist and predicted that Romer would bring about real change at the 72-year-old international financial institution.

The Economist described Romer as a formidable and often contrarian figure in the field of economics. He has criticized his profession for its obsession with obscure models and equations, which he terms “mathiness.”

“For me, the most exciting part about economics is going beyond knowledge that is only potentially useful to knowledge that is actually useful, and doing so on a scale that touches millions or billions of lives,” Romer explained in the World Bank press release.

Romer has also done impressive work both as an academic and an entrepreneur, according to Noah Smith of Bloomberg View. In the 1980s, he was one of the first economists to champion the endogenous growth theory. Technological change, according to his model, occurs as a result of investment in research and development, which creates growth within the economy at large (hence the term “endogenous growth”).

It is important to spend money on innovation because ideas, once created, are disseminated at little or no cost. Romer led by example through his education-technology start-up Aplia, which he founded in 2000.

Among one of Romer’s more unorthodox ideas is the concept of “charter cities.” In line with the endogenous growth theory, he believes developing countries should spend money to build new cities as sites for policy and economic experimentation. He cited Hong Kong and Shenzhen in China’s Pearl River Delta as success stories and a model for these charter cities to follow.

As World Bank Chief Economist, Romer will provide intellectual guidance to the President and the senior management. His staunch support for financing innovation and testing new approaches in order to reduce poverty brings new life to the World Bank’s development goals. 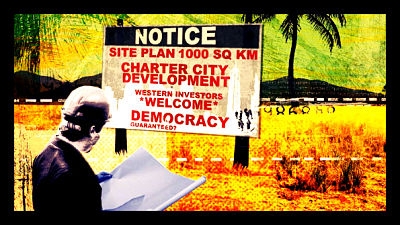 When many of us imagine utopias, we may have flashbacks to our 7th-grade reading assignment of Lois Lowry’s The Giver. Paul Romer, however, has created a ‘concept’ over the past few years that leaves all imagined futuristic cities in the dark. Romer’s concept or “start-up” cities don’t actually possess any futuristic characteristics. They revolve around three basic principles: an independent watchdog, the influence of an external legal framework, and business investors. The product of these will “help drive economic growth…and reduce poverty and enhance development”.

Cities such as the ones Romer has tried to establish around the world were somewhat common during the period of industrial growth in the western world. When new factories would pop up, communities were built around them providing homes, schools, and other institutions for the workers. Romer, however, stresses that his cities are nothing like these. “A city built solely by a private business will just become a modern company town — a corporate city, not a charter city”.

His latest attempt was in Honduras. In partnership with the U.S. investment group MGK, Romer was hoping to create a city that would lure in businesses to revitalize the city and provide jobs. President Profirio Lobo Sosa cooperated, thereby facilitating the process of creating the city. However, in the fall of 2013, major issues began to rise. There was a lack of a solid independent ‘big brother’ for the city. There was no way the city was going to exist alone alongside the corruption in the Honduran government. Aside from that, the Honduran Supreme Court overturned the law that would create the charter city. Romer left the project in September with the investment group shortly abandoning it 2 months later.

Why did this project fail? Was it the concept or the lack of requirements that were being met? Paul soon found out that perhaps his venture’s foundation was too broad. Creating a city out of almost nothing (“Rome wasn’t built in a day” they say) requires confidence from numerous sources, especially given the participants required for charter cities. Of course, the external countries need to provide revenue and training, but if they do not trust the government of the country they are working with, the projects will fail.

Perhaps Honduras was not ready for a charter city. Charter cities have to be in countries that are ready for change; whose governments are willing to take on a drastic idea and let it redefine their communities. Countries such as those affected by the Arab Spring.

Tunisia and Morocco, where Romer is currently expanding his ideas to, have few preexisting symptoms that would make charter cities such a good fit for them. For one, they have a large population of unemployed and consequently agitated, youth. Their political leaders are desperate for a change both politically and economically, something charter cities can achieve.

There are those however who believe Romer’s approach is too complex and can create more problems than it solves. Michael Strong of MGK sees the involvement of the outside countries as too much. He believes that the charter city’s country should focus on developing a relationship with the private investors of the city and keep all affairs internal.

All in all, the use of charter cities offers a novice approach to create semi-autonomous patches of peace and economic success within countries that are slowly trying to reinvent themselves whether it’s out of political upheaval or recession. Even though there are some projects that have not had too much success such as the Georgian city of Lazika, the energy and thought put into building these cities, whether from scratch or renewing a fallen one, will not go wasted and unnoticed.