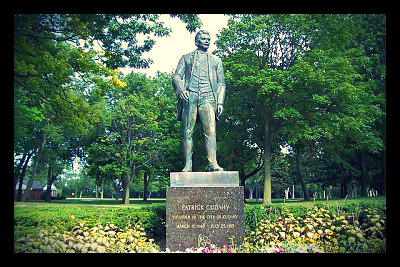 The Patrick and Anna M. Cudahy Fund is a foundation that grants money to nonprofit organizations involved in social and youth services, education, art and culture.

The premise of the fund dates back to the early 1920s, when Articles of Association were drawn to break ground on the Alice Dickson Cudahy Clinic. This clinic was created to provide free services to dependent family members of employees at the Cudahy Brothers Company. Some of these free services included medical attention, and education on matters such as child welfare, domestic science and social hygiene. The clinic was able to open on August 1, 1923, thanks to a $19,270.77 donation made by Michael F. Cudahy.

On August 22, 1935, the name of the organization was changed to the Michael F. Cudahy Fund. Upon this change, the association broadened its spectrum of philanthropy efforts to include the severely poverty-stricken and ill. On September 29, 1943, the name of the organization was once again changed, this time to the Patrick and Anna M. Cudahy Fund, in honor of Michael’s parents.