Tag Archive for: Pathways to Education 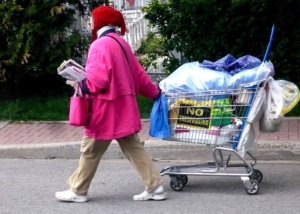 Though a proportionally wealthy country, Canada struggles with a large amount of poverty. In 2018, the Government of Canada released Opportunity for All: Canada’s First Poverty Reduction Strategy. The report introduces strategies and tactics that the country intends to employ until 2030 to reach its goals. Concrete poverty reduction targets is one of the goals that includes a 20% reduction in poverty by 2020 and a 50% reduction in poverty by 2030. Canada’s Official Poverty Line is another goal set out to measure poverty and track progress towards the targets. It also plans on introducing a National Advisory Council on Poverty. All of these innovations would go towards poverty eradication in Canada.

The National Advisory Council on Poverty has helped the government move forward with their plan. The group has 10 members. Some of them actually confronted poverty in the nation themselves. In addition to those with lived experience, the council also holds members with expertise in community outreach, academia and prominent leadership. Annually, these members produce a report that helps the government understand the progress that has been made and what can still improve.

Beyond the council, the strategy also involved defining a poverty line for Canadians. Statistics Canada and Employment and Social Development Canada continuously review Canada’s Official Poverty Line. By using the Market Basket Measure, they are able to keep the measure accurate. Their various reports from 2018 to the present summarize government consultations on the matter. They also propose changes as to how to calculate the Market Basket Measure.

Canada’s Poverty Reduction Strategy also introduced 12 indicators of progress concerning its reduction. Some of the most notable include food insecurity, core housing needs and the share of youth engaged in employment, education or training at a given time. In order to ensure transparency on the progress the strategy is making, the government provides a website or “dashboard.” Citizens can use it to track all 12 of the Opportunity for All indicators as well as the poverty line itself. The site also lists future goals that Canadians can stay up-to-date on.

The Opportunity for All Strategy also connotes the bettering of government programs and investments that existed before 2015. Some of the most notable pre-existing involvement that the strategy emphasizes include Canada Child Benefit. This is a monthly, tax-free payment that assists low and middle-income families in raising children affordable. Another one is Canada Workers Benefit, a refundable tax credit with the purpose of supplementing the wages of low-income workers. Increase to the Guaranteed Income Supplement Top-Up Benefit is an initiative that helps improve the financial security of just under one million senior citizens. Additionally, Canada’s First National Housing Strategy is a plan spanning 10 years. Its goal is to provide more Canadians with suitable housing.

In addition to government efforts, many others are working on innovations in poverty eradication in Canada. One of the most successful charities working toward these goals is Pathways to Education, which provides financial support, social stimulation and academic rigor to youth in need. It has improved graduation rates by 85% in communities where its program has been offered. Canada Without Poverty is another charity that educates Canadians about the humanitarian and financial implications of living in poverty. It also identifies solutions regarding public policy and communication. Canadian citizens that broke out of poverty themselves run the organization, so they are well equipped to educate the public and connect with those in need. Furthermore, True North Aid is a charity that looks to close the poverty gap faced by Northern Indigenous communities in Canada. It does this by launching projects with initiatives in improving water supply, education, housing and the like.

Overall, innovations in poverty eradication in Canada are highly successful. With government planning along with cooperation from and communication with the Canadian public, a decline in the poverty rate has already taken place and seems as if it will continue in the coming years.