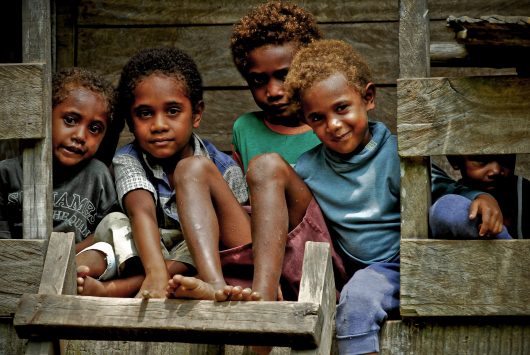 Papua New Guinea is located just north of Australia. Approximately 39.9 percent of the population lives below the national poverty line. Papua New Guinea is considered to be one of the poorest countries in the Pacific. Rural poverty is especially prevalent, causing agriculture to suffer. The run-down health system exemplifies years of a less-than-successful governmental approach. Papua New Guinea’s poverty rate can be largely attributed to a lack of knowledge of effective farming methods and an uncommitted government.

Most of the citizens in Papua New Guinea rely on small-scale agriculture for their livelihoods. Around 75 percent of natives practice subsistence farming. Coffee production is one of the country’s main sources of revenue, and thus, when this cash crop fails to produce, the regional economy suffers. Productivity has been low because farmers lack sufficient training in techniques, and yields are averaging 30 to 50 percent of their potential. The same thing is happening with the country’s cocoa production.

The health system in Papua New Guinea is deteriorating quickly. Often times medical facilities will not have enough staff or resources to help sick citizens at a successful rate, especially in rural areas. Everything depends on supply, vaccines, surgical instruments, staff, pain management drugs and a suitable treatment area. Studies have found that only 36 percent of facilities have running water year-round, 29 percent did not have clinical supervision and 13 percent were deemed unsanitary.

Papua New Guinea’s poverty rate stems from sick citizens. When there is a health crisis in a country, foreign aid is taken from other necessary means to give towards helping the sick, which means there is no development out of poverty. Sick people prolong poverty because they are unable to contribute to the labor force. For the country of Papua New Guinea to advance successfully, its health care system must develop.

The problems afflicting citizens of Papua New Guinea are reversible. More effective farming methods and a sufficient health system are entirely achievable if the government proceeds with a committed approach.