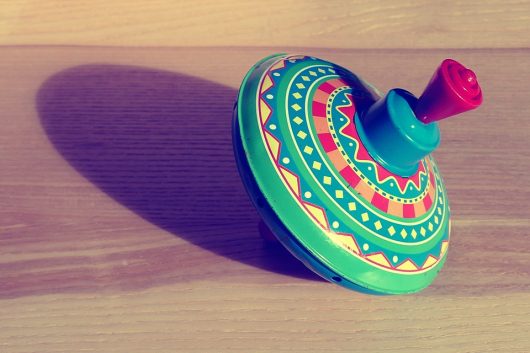 Malaria is a life-threatening disease caused by parasites that are transmitted through the bite of an infected mosquito. In 2015 alone, there were 212 million cases of malaria and 429 thousand deaths. Suffice it to say that malaria is a global health problem.

The good thing is that malaria is preventable and curable, given the proper tools to do so. A device called a centrifuge that spins a blood sample very quickly and separates different cells can detect malaria. Centrifuges, though, are expensive, bulky and require electricity – which makes it inefficient in regions such as Sub-Saharan Africa.

A low-cost lab aid to detect malaria is in dire demand, which is exactly what Manu Prakash, a professor of bioengineering at Stanford University, realized on a trip to Uganda. On his trip, Prakash says he found centrifuges used as doorstops because there was no electricity.

Back in California, Prakash experimented with spinning toys in his search for a model for a low-cost lab aid to detect malaria. Though toys are not the conventional approach to developing a lab aid, Prakesh argues that toys hide profound physical phenomena we take for granted.

After experimenting with several spinning toys, including a yo-yo, they stumbled upon the children’s toy known as the whirligig or buzzer. The toy is made of a disk that spins when the strings that go through it are pulled.

This new low-cost lab aid to detect malaria dubbed the paperfuse, can separate pure plasma from whole blood in less than 1.5 minutes, and isolate malaria parasites in 15 minutes. The paperfuse has an ultra-low-cost of fewer than 20 cents, weighs only two grams and is, therefore, field-portable. The paper fuse could be the tool that helps detect and end malaria in low-income countries in the near future.