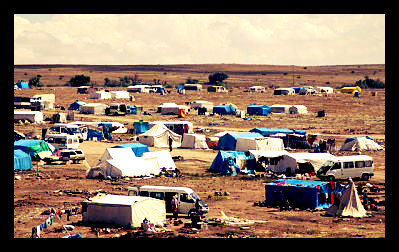 What was supposed to be a safe haven for Palestinians has now become another war zone. A total of 18,000 refugees are being held hostage in the Yarmouk camp in Syria. The Syrian refugee camp located in southern Damascus has been taken over by ISIS and the group Al-Nursa Front, known for its affiliation with Al-Qaeda.

According to the United Nations, the camp was already low on essentials such as food, water, and medicine. According to Chris Gunness, a spokesman for the United Nations, attempts to deliver food have failed. “That means that there is no food, there is no water and there is very little medicine,” said Gunness.”The situation in the camp is beyond inhumane. People are holed up in their houses, there is fighting going on in the streets. There are reports of … bombardments. This has to stop and civilians must be evacuated.”

Adding to the devastation is the constant violence the people of the camp must face. Dr. Saeb Erekat, and Executive Committee Member of the Palestine Liberation Organization, has reported that there are “kidnappings, beheadings and mass killings” being carried out at the camp. Bombs have also been dropped on the camp.

Yarmouk, which was formed in 1957 for refugees in the Arab-Israeli conflict, are no strangers to dire situations—illness and starvation were already prevalent amongst the camp, which has been under government control since December of 2012. However, the damage being carried out now could be the worst the camp has seen yet.

“Never has the hour been more desperate in the Palestine refugee camp of Yarmouk,” said the United Nations Relief and Works Agency in statement.

The United Nations is vocalizing the need for liberation or at least humanitarian aid where those suffering can receive food, water and proper medical attention.

“The levels of humanity that we have seen have now descended into further levels of inhumanity,” insisted Gunness. Hopefully, the United Nations and other humanitarian groups will continue to fight for the lives of those who are victims to this horrible conflict.

As the security situation quickly deteriorates in Libya, the United Nations says it is very concerned about the safety of asylum-seekers and refugees in Libya who are stranded in areas under heavy fighting.

U.N. Refugee Agency spokesperson Ariane Rummery said UNHCR is receiving calls from the mostly Palestinian and Syrian refugees in Libya who need assistance. About 37,000 people are recorded with UNHCR in Tripoli and Benghazi, areas of heavy violence between the military and insurgents.

“In Tripoli alone, more than 150 people from Eritrea, Somalia and other countries have phoned our protection hotline seeking help with medicines or a safer place to stay.”

UNHCR is especially concerned about one Palestinian and three Syrians who are trapped in between Libya and Egypt. They are asking Egyptian authorities to give the group access to food and water.

Rummery also said refugees in Libya see leaving as their only option. Many Libyan refugees are trying to leave the country by sea. The airport in Tripoli has been unavailable for days. Tunisia and Egypt are inaccessible for refugees, so the sea is the only way out. Smugglers are making use of the situation as these desperate people risk their lives to leave Libya and take the dangerous journey across the Mediterranean to Europe.

“We recently heard of a group of 500 Syrians who left in about three boats toward Italy from Benghazi, and this is a new and much more dangerous journey because it takes longer to reach Italy. Over 1,000 people have died in the Mediterranean this year and the latest casualties drowned last week off Al-Khums, which is about 100 kilometers (62 miles) east of Tripoli.”

UNHCR is advising Libyan authorities to lessen exit visa restrictions to let people leave Libya. They are also calling for Egypt and Tunisia to open their borders to the people trying to escape violence.

While the fighting continues in Libya, a newly elected parliament has met in hopes that they can bring peace. Libya has experience violent conflict since the 2011 uprising that overthrew Muammar al-Qadhafi. 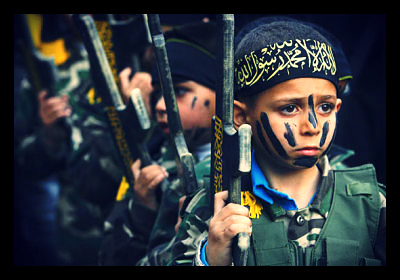 A report filed by the Palestinian Independent Commission for Human Rights (ICHR) documented nearly 500 “allegations of torture and ill treatment” in 2013, a steep jump when compared to the 294 cases in 2012.

The report also reveals that 10 Palestinians died in January in the West Bank and Gaza Strip. The deaths were allegedly caused by “anarchy, lawlessness and misuse of weapons.”

A majority of the cases reported have occurred in the Gaza Strip, which is governed by Hamas, a political party and terrorist group that controls the legislative and executive branch of government in the territories. In addition, attacks on journalists and arbitrary detentions rose sharply in the West Bank and Gaza.

On April 2, the Palestinian Authority submitted its paperwork to become a signatory of 15 international treaties necessary for statehood. The signing of the treaties complicated negotiations with Israel—a part of Palestinian President Mahmoud Abbas’ alleged strategy to internalize the conflict between Palestine and Israel.

Hamas’ territories, which make up the ‘State of Palestine,’ violate 11 of the 15 treaties. “Acts or threats of violence, the primary purpose of which is to spread terror among the civilian population” is prohibited by the Geneva Convention.

A U.S. Department of Labor report filed in 2012 noted that the Palestinian Authority made “minimal advancement in efforts to eliminate the worst forms of child labor,” a failure that violates the Convention on the Rights of the Child treaty. The treaty establishes civil, cultural, economic, political and social rights for any citizen under the age of 18, including freedom from economic exploitation (listed in Article 32) and the right to education (as noted in Article 28).

The Optional Protocol to the Convention, another treaty the Palestinian Authority violated, mandates that states will not recruit children under 18 for positions in the armed forces.

Last year, reports indicated that Hamas trained about 37,000 children ages 15 to 17 in the acts of urban warfare.

The Palestinians’ major complaint is the lack of attention by Western media on these violations. According to Khaled Abu Toameh, a writer for the Gatestone Institute, most Western journalists, governments and human rights groups have “chosen to endorse the Palestinian Authority’s stance that the only evil-doers are the Israelis” and due to this stance, the ICHR report will be ignored.