Tag Archive for: Pakistan and the New Typhoid Vaccine 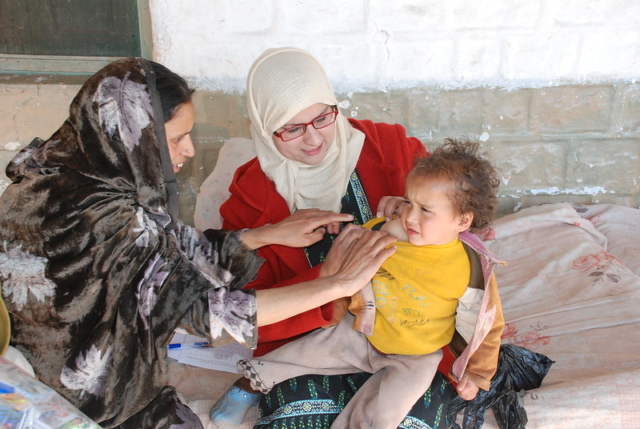 Typhoid is a disease caused by Salmonella Typhi that spreads through contaminated food and water, disproportionately affecting children. There were nearly 11 million typhoid cases and more than 116,000 deaths worldwide. In Pakistan, children younger than 15 years old made up 70 percent of deaths from typhoid in 2017. Treatment with antibiotics is essential in controlling and preventing the spread. Further, vaccination helps to protect people from contracting typhoid disease.

There are several ways of preventing and treating typhoid. Preventative measures include improved sanitation, hygiene and water supply. Additionally, treatments include the use of effective antibiotics and vaccines. However, with the rising drug-resistant typhoid outbreak, the antibiotics have become ineffective.

Pakistan and the New Typhoid Vaccine

Pakistan is facing an extensively drug-resistant typhoid outbreak. However, the opportunity arose to revamp its vaccine strategy. This strategy now includes a typhoid conjugate vaccine as part of the routine immunization program. Pakistan in the first country to pilot the new typhoid conjugate vaccine. It hopes that the vaccine will be a breakthrough in the face of drug-resistant antibiotics.

The country’s drug-resistant outbreak “has infected more than 10,000 people.” This is the first-ever reported outbreak to be resistant to the drug ceftriaxone and to all but one oral antibiotic for typhoid. These challenges make the disease costly to treat. However, the new vaccine has been proven successful and safe to use as part of the outbreak response since April 2019. This vaccine establishes Pakistan as the first country in the world to introduce a vaccine set to protect 10 million children within its first two weeks.

The Importance of the Vaccine in Pakistan

Historically, Pakistan makes up one of three countries bearing the burden of the high prevalence of typhoid, along with Bangladesh and India. Typhoid is often referred to as a disease of the poor. It has been neglected by many organizations in terms of investment in vaccines. Dr. Samir Saha, Executive Director of the Child Health Research Foundation at Dhaka Shishu Hospital, states, “vaccination is not the end of the story…we need to continue surveillance to measure the impact of TCV introduction on typhoid burden and the improvement of the overall health system.”

The World Health Organization has recommended and approved this new vaccine. Additionally, the Global Alliance for Vaccines and Immunizations (GAVI) will provide the vaccine to Pakistan at no cost. The government of Pakistan is launching the vaccine introduction with the central focus and campaign beginning in Sindh Province. This location is the center of an ongoing drug-resistant (XDR) typhoid outbreak that began in November 2016. The vaccine’s improved characteristics include a stronger immune response, a longer duration of protection and usability in infants as young as 6 months.

Pakistan’s Health Authorities have reported a notable ongoing outbreak of the drug-resistant strain. Further, the resistant strains of Salmonella Typhi pose a public health concern for the country’s population. However, with the funding support from GAVI, the new typhoid vaccine introduction will initiate a two-week vaccination campaign. Once the campaign ends, Pakistan will routinize the immunization of infants. The government announced plans to introduce the vaccine in neighboring areas of Pakistan next year and then nationally in 2021.