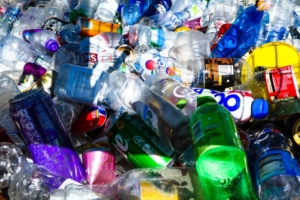 Although “trash” and “cash” would not normally be used in the same sentence, Packa-Ching, a mobile recycling company coined the term “swap trash for cash.” It helps educate the communities of South Africa about the importance of recycling waste instead of throwing it away where it ends up in one of many landfills. By providing payment for the recyclable waste, the company is slowly changing the recycling behavior of many. Its goals are to alleviate both poverty and the carbon footprint of all who participate in the program.

Unemployment Rates Are Everything

Additionally, there are many economic benefits to recycling. For example, in 2001, the United States had over $236 billion in revenue from recycling. Recycling can reduce unemployment rates by creating jobs, and also eliminates the cost of landfills. Although there is always room to improve, through good habits, Americans essentially trade their trash for cash and have seen an economic boost as a result.

Launched in August 2017, Packa-Ching is a business that provides mobile recycling devices to many areas of South Africa. Individuals in those communities can bring their recyclable materials to the mobile units. It swaps trash for cash and gets paid in an electronic account in exchange for recyclables. The electronic bank account eliminates any problems that would accompany dealing with hard cash. The mobile units make recycling easy and convenient. The company focuses on many of the poorer areas, which provides a small income to the community and also allows for an easy cleanup of trash that would otherwise sit in a landfill.

Packa-Ching aims to present its plan to the youth of South African communities, helping instill good habits from early ages. With 95% of South Africans not participating in a recycling program, there is huge room for growth. So many of the communities have not had any successful recycling programs before. As a result, pollution and waste surround inhabitants. When an individual can see how important it is to recycle, as well as how easy it is, their behavior can spread to others. They exchange their trash for cash based on the current value of each material, which is taken away, leaving a cleaner city behind.

Packa-Ching’s mission paves the way for a more profitable future for the participants and a cleaner future for the planet. Through convenient mobile recycling pickup, education through schools and a monetary incentive for individuals to recycle, they make the entire process fun and easy. When it asks people to swap trash for cash, it is helping create positive habits, which can ensure a brighter tomorrow for all.