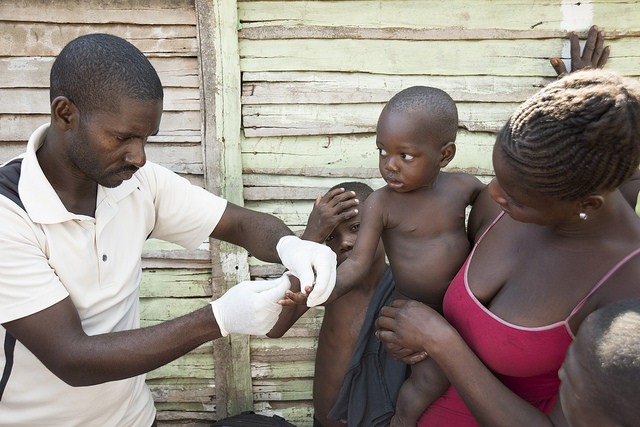 This June, the Bill and Melinda Gates Foundation announced that it would be investing over $4 million in support of Oxitec — an Oxford-founded group that focuses on reducing insect-borne disease around the world. Specifically, the Gates Foundation and Oxitec are partnering to fight malaria with genetically engineered mosquitoes.

The Threat of Malaria

Mosquitoes kill more humans each year than any other creature — a total of 830,000 — and can carry a number of diseases including dengue fever and zika virus. The most deadly of these is malaria.

The World Health Organization (WHO) reports that there were 216 million cases of malaria in 2016, which resulted in nearly 450,000 deaths. Malaria hits the very young the hardest, and most fatalities are children under the age of 5; even the children who survive may develop intellectual disabilities.

Malaria occurs in nearly 100 nations. The world has made great progress fighting the disease, including eliminating it in much of Europe and North America, but progress has stalled. Support for fighting malaria has stagnated and the disease is starting to develop a resistance to the drugs which treat it.

This is where Oxitec’s genetically modified mosquitoes come in. Oxitec introduces a self-limiting gene in male mosquitoes. When these lab mosquitoes mate with females in the wild, any male offspring are unharmed and continue carrying the gene. Female offspring, though, will die before they reach adulthood.

Only adult female mosquitoes can bite and spread diseases. The self-limiting gene effectively targets this portion of the mosquito population while also allowing new males to survive to carry and spread the gene after the original lab mosquitoes have died.

These genetically engineered mosquitoes would be one of several vector control methods (such as mosquito netting and repellant sprays) aiming to reduce the number of disease-carrying mosquitoes in affected areas.

The Oxitec mosquitoes have already proven effective in recent field tests in Brazil where they were released to combat the zika virus and dengue fever. Areas where modified mosquitoes were released showed an 82 percent reduction of larvae and a 91 percent reduction of dengue fever cases. This may have been a relatively small test, but the lab mosquitoes were incredibly effective and even outperformed tried and true traditional methods like insecticides.

Similar to many other genetically modified products, many have met the Oxitec mosquitoes with some suspicion. In 2016, residents of the Florida Keys voted against a planned field test in their communities, and environmentalist groups have also opposed Oxitec in the past.

Concerns with protecting the earth’s ecosystems are understandable and commendable. Still, genetically engineered mosquitoes have the potential to save hundreds of thousands of lives, protect children from the risk of lifelong disabilities and accomplish all of this with minimal and controllable impacts on the environment.

The modified mosquito strategy is not intended to cause the mass extinction of mosquito species. The self-limiting gene only lasts up to ten generations, which ideally will allow for long-term reduction in disease without leading to an unstoppable downward spiral in insect populations.

The gene is also designed to only affect a single, specific species of insect at a time. This specificity allowed Oxitec field tests to target the Aedes aegypti mosquitoes that were instrumental in spreading zika and dengue fever in Brazil while leaving other insect populations unaffected.

Whatever the case, both the precision and effectiveness of the genetically engineered mosquitoes doubtless played a role in convincing the Gates Foundation to back Oxitec. Philip Welkhoff, the malaria program director at the Gates Foundation, has affirmed that new, innovative ways of fighting malaria are necessary to eradicate the deadly disease once and for all. The second generation of Oxitec’s mosquitoes are set to be field tested by 2020, and countless lives hope for a breakthrough.