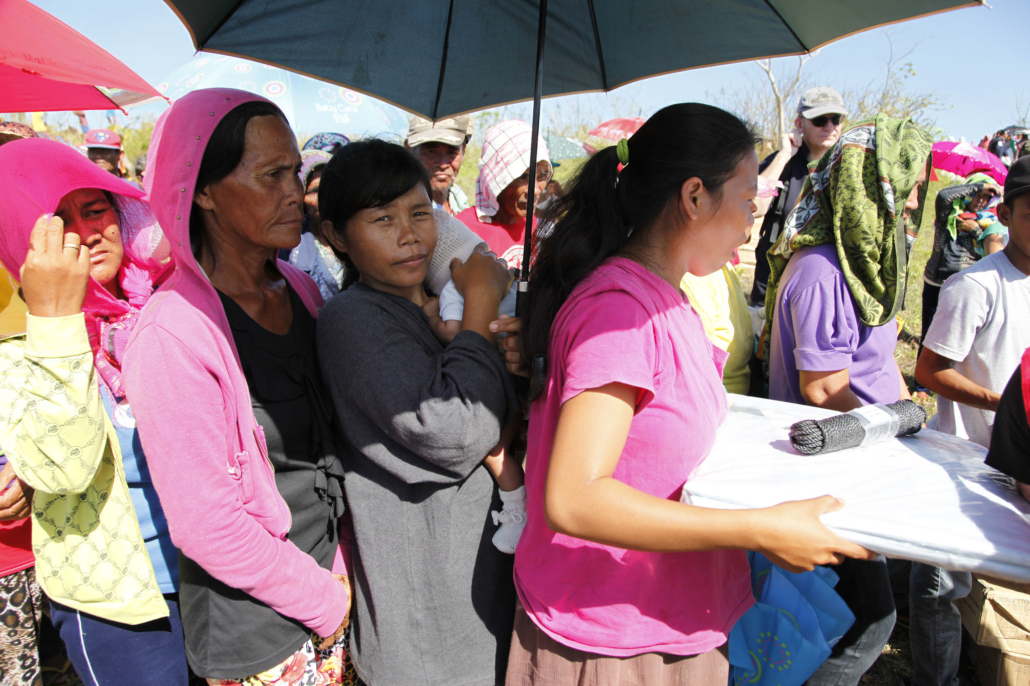 In the 16th century, Ferdinand Magellan claimed the islands of the Philippines as the property of Spain. For hundreds of years, colonizers exploited the people of the Philippines. Though the Philippines became an independent nation in 1946, the effects of long-term colonial rule are still clearly present. Today, many Filipino people, and in particular women, must become overseas domestic workers to provide for their families.

The Philippines in Numbers

The Philippines’ economy is highly dependant on the global market. Over a fifth of the country lives in poverty and one-third of children grew up with stunting from malnutrition. Though the government attempted to expand access to education, children in the Philippines only live to achieve 55 percent of their potential productivity, according to the World Bank’s Human Capital Index. Wealth in the Philippines also does not have equal distribution, and it is nearly impossible for those in lower classes to become financially stable. This leaves them desperate for any opportunity to pull themselves out of poverty.

Because of this bleak economic situation at home, millions of workers in the Philippines seek jobs elsewhere, then send the money they make to their impoverished loved ones at home. While the country celebrates this practice, the government endorses it and it may provide families with some economic security, this system leaves both overseas domestic workers and their families vulnerable to trauma. It also frequently perpetuates cycles of poverty.

The Horrific Treatment of Domestic Workers

In wealthier places like Kuwait, Hong Kong and Italy, domestic labor is in high demand. Millions of Filipino workers – mostly young, able-bodied women – travel thousands of miles from their homes to become maids, nannies or housekeepers for the foreign elite. These women often have a good education but lack the resources necessary to successfully navigate the global marketplace. They frequently find themselves vulnerable to exploitation and abuse at the hands of their privileged and well-connected employers.

While the treatment of these women is absolutely deplorable, their families in the Philippines also suffer due to this system of labor. Mothers are often unable to return to their young children for several years. This leaves families with deep scars from which it is wildly difficult to recover. While many initially believed that this may lead to increased gender parity in parenting, with fathers being more involved in their children’s lives, the burden of childcare usually falls on poor female relatives, who must sacrifice their time and education to care for their younger siblings, cousins, nieces or nephews.

What to Do to Protect Workers and Their Families

Countries can enact legislation to ensure that workers have protection from abuse at the hands of their employers. In 2016, Singapore enacted the Employment of Foreign Manpower Act in order to protect the well-being of foreign employees. This law ensures that employers give them a salary, work hours and overtime, rest days, holidays, annual leave and sick leave.

Beyond legislation, non-governmental organizations can do plenty to ameliorate the lives of domestic workers. KAKAMMPI (the Association of Overseas Filipino Workers and Their Families) is one of these organizations. Its mission is to “empower Overseas Filipino Workers and their families through integrated services and programs such as organizing, advocacy, campaign, gender responsiveness and partnership projects.”

The organization provides workers with several different types of support. It provides counseling for those working through the stress from either themselves or their loved ones being overseas. It assists victims of abuse in acquiring legal services and welfare. KAKAMMPI also focuses on capacity building projects throughout the Philippines so that vulnerable people no longer feel that they have to jeopardize themselves to ensure the safety of their loved ones.

Ultimately, people have done little research on how effective overseas domestic workers from the Philippines are at lifting their families out of poverty. However, most accounts indicate that few actually succeed, and most have little money and psychological wounds at the end of it. The best way to prevent the trauma that workers feel after leaving their families for years while facing potentially brutal and abusive employers is to work toward bettering the economic status of the Philippines. Improving educational systems and health care in the nation are other important steps. If there are jobs and opportunities at home, families will not have to make the difficult choice to separate and put their safety at risk.