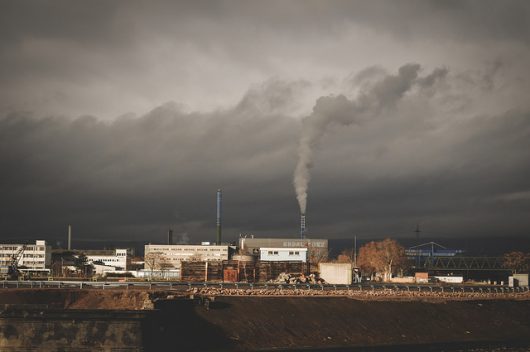 Even though there is air pollution in every country, developing countries with rapidly growing populations are more likely to have the short end of the stick when it comes to air pollution.

The World Health Organization released an updated global ambient air quality database stating that populations in low-income cities are the most impacted by poor air quality. The updated database shows that 97 percent of cities in low and middle-income countries do not meet the WHO air quality guidelines. This percentage drops greatly — to 49 percent — when looking at high-income countries.

WHO released a list ranking the particulate pollution in cities all around the world. On this list, 11 of the 12 cities were in India. This ranking doesn’t necessarily say that Kanpur, India has the worst air quality, but rather states that it has a higher risk of poor air quality.

But this data begs the question — why are India and many other developing countries so susceptible to poor air quality?

Two main issues that plague developing nations are that the government doesn’t have its sights set on cleaner energy, and renewable resources tend to be more expensive than cheap fossil fuels like coal. For example, in India, there are anti-pollution laws, but the government doesn’t enforce these laws well enough. “Outdoor air pollution is pretty much a governance problem,” said Kirk Smith, a professor of global environmental health at the University of California Berkeley.

The difficulty in India comes from scenarios where one major city bans a certain type of pollution source, but those in neighboring cities may not have banned this specific source — the pollution can then blow unimpeded over the perimeter. There needs to be coordination across cities to fix this issue. In India, this can be rather difficult due to the fact that the rural and urban politicians have fairly different constituencies.

How To Reduce Air Pollution in Developing Countries

While the government and city officials have much they could do to reduce air pollution in developing countries, there is also plenty that can be done on the individual level. Here are three ways a single person can make an impact on the air around them.

Reducing air pollution would save lives and reduce the risks of many different diseases. Air pollution may seem like a formidable issue to tackle, but it can be both acknowledged and reduced.

Anyone can help reduce a small part of the air pollution around them. WHO released a challenge in May called “marathon a month.” This challenge calls for people to pledge to leave their personal transportation behind and use alternative transportation, like walking or cycling, for the equivalent of a marathon distance for one month.

Wherever someone may be, they can help those in their local community and in neighboring developing countries reduce air pollution and make the Earth a cleaner place.