Tag Archive for: Our Sisters Read 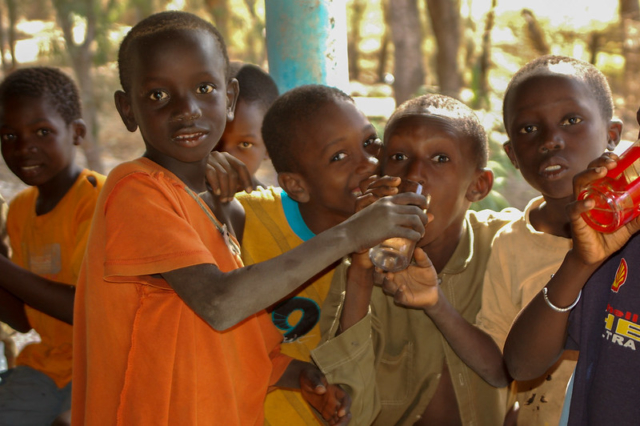 Several countries in sub-Saharan Africa have 50% or more of their populations concentrated in rural areas. With a high density of people in scattered rural areas, improved education in these areas is a priority. Gaps in enrollment and educational attainment are present throughout these sub-Saharan countries. Due to educational gaps, a group of architects formed an organization called Let’s Build My School (LBMS). LBMS focuses on improving education in Senegal.

According to the World Bank, in 2020, 52% of Senegal’s population lived in rural areas. In 2017, the country’s literacy rate was almost 52% for those 15 and older. Since primary school is compulsory and free, the net primary school enrollment rate hovers between 70% and 75%. However, this amount decreases significantly for those living in rural areas because of regional inequalities. The percentage of children in Senegal who are not attending school is about 38%. Rates of out-of-school children include 49% of students in rural areas compared to 21% of students in urban areas.

In addition to the regional inequality gap, there is also a significant gender gap in education in Senegal. Patterns of enrollment for males versus females vary by region. Some areas, such as Matam, have more females attending primary school than males with a little more than a 20% difference. On the other hand, a more typical trend shows males having anywhere from 1% to 40% higher enrollment rates in upper secondary school than females.  Due to these trends in regional and gender-based gaps in education, LBMS chose to focus on Senegal as the first area of its focus.

LBMS is a U.K.-registered charity group of architects advocating for education as a universal right. The charity supports access to education in underprivileged areas around the world. It especially focuses on rural African areas and began its first project in Senegal.

LBMS builds schools in disadvantaged areas and remote villages using locally sourced and sustainable construction materials. It employs building techniques that are cost-effective and easy to implement without the need for advanced construction skills. In this way, the local community can be involved in the building projects. In the future, this will allow locals to replicate these efforts as needed.

So far, LBMS has completed two projects in Senegal. One of these projects is Keur Racine in the Thiès region. The project was completed between May and July of 2017, mainly using clay and tires. LBMS added on to an existing school with two classrooms and an office. This addition increased the school’s capacity to 62 more students.

The foundation was constructed with tires “filled with compacted clay and sand.” The classroom walls were constructed from “sandbags filled with locally sourced material” to allow for natural insulation. The roof was built in a way that allows for ventilation and natural lighting. The sustainable construction of these schools benefits the Earth and the people living on the land by limiting waste and providing access to schooling for rural students.

A lack of education and poverty typically go hand-in-hand. This is because those in impoverished areas do not have sufficient access to educational resources or opportunities. Education is essential for improving living conditions and eradicating poverty. Quality education creates an aware, knowledgeable and skilled population able to make a better life. According to UNESCO, about 60 million people could break out of poverty if all adults had two additional years of schooling. Furthermore, 420 million people could escape poverty if all adults completed education through the secondary level. For this reason, improving education in Senegal is imperative.

USAID is Improving Education in Senegal

Prompted by the 2005 Paris Declaration on Aid Effectiveness, USAID worked “with the Government of Senegal in 2007 through a Fixed Amount Reimbursement program to construct middle schools.” The government constructs school buildings using its own funds and resources. After completion, USAID reimburses the government after confirming that the school structure meets certain specifications.

The goal of the project was to build “46 middle schools and 30 water points” by the close of 2016. In partnership with the local NGO, Femmes Plus, USAID looks to improve learning outcomes through the Our Sisters Read program. The program looks to improve the basic literacy of rural children, especially girls.

With the help of organizations such as LBMS and USAID, education in Senegal and other impoverished regions can improve and lift millions out of extreme poverty. Access to quality education is a proven global solution to ending the cycle of poverty. LBMS is an example of a smaller-scale relief effort that is contributing greatly to the overall fight against global poverty.