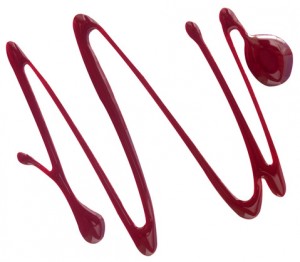 The Nobel Peace Prize is the most distinguished prize in the world. Every year, one individual “who shall have done the most or the best work for fraternity between nations, for the abolition or reduction of standing armies and for the holding and promotion of peace congresses” is awarded the prize. The prize is the stuff of myth in terms of both prestige and mystery: how and why was it ever conceived? Why is the Peace Prize so legendary and illustrious?

In 1895, Swedish industrial magnate Alfred Bernhard Nobel hand-drafted the first conceptions of the prestigious Nobel Prizes in his will. Nobel left his vast wealth for the awarding of five annual prizes to five individuals in the fields of Physics, Chemistry, Physiology/Medicine, Literature, and, most prestigious of all, Peace.

The man behind the prize is a character steeped in paradox and enigma. Son of salt-of-the-earth inventor and builder Immanuel Nobel, Alfred Nobel’s childhood was filled with frequent moving and change from Stockholm to St. Petersburg, and from modest means to bourgeois status. Growing up, Nobel was a quiet intellectual who preferred the solitude of philosophy books and writing; his weak health surely contributed to his broody temperaments.

Alfred Nobel, along with his brothers, was tutored to become fluent in five languages, and taught fundamental mathematics, physics, and chemistry while in St. Petersburg. He eventually received training to become a chemist and engineer, leading to his invention of dynamite as well as other explosives used in modern warfare. Ironic, for the man who would become posthumously famous for the most famous prize in world peace, explosives was Nobel’s industry and base for wealth.

It is suggested by historians that his belated adjustments to his will to include the Prizes were inspired by a poignant but nevertheless strange occurrence. When his brother died in Cannes, France in 1888, the French papers mistook his brother for the Alfred Nobel. The headlines read: “Le marchand de la mort est mort” (“The Merchant of Death is dead”). His brother’s obituary was eerily a dress rehearsal for his own—one that he did not want for himself for when his time finally came. Historians conclude that Nobel, who was also a philosopher and pacifist, belatedly added the prizes to his will to ameliorate his fears of posthumous disrepute.

The curious case of Alfred Nobel aside, the prestige of the Nobel Peace Prize is an undeniable medium of both change and historic record. Reading the accomplishments of the award through its 110 years is to turn through the pages of Modern history.

For example, there were no prizes for award peace during the tumultuous First World War that ended with no victors—only a whimper. The only prize awarded during the war years was to the Red Cross. The same occurred during WWII.

In the 1990s, “Pluralist Globalization” seemed to be the theme of the prizes. In 1990 for example, Mikhail Gorbachev was controversially awarded the Peace Prize because The Norwegian Nobel Committee had seen that he had done the most to end the Cold War. In 1993 Nelson Mandela and Frederick Willem de Klerk were award the Peace Prize for their work towards ending the violence and oppression of Apartied in South Africa.

But above all controversy and politics, the prize paints an enduring narrative of the human desire for salvation from suffering and war.