Tag Archive for: Orphans in Uganda 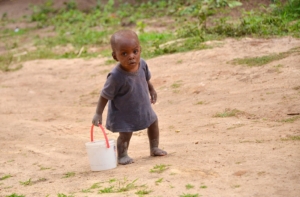 In Uganda, Africa around 12% of children are orphans. Many of the children have either lost both or one of their parents due to high rates of cholera and tuberculosis, as well as the high price tag of medical treatment in Uganda. In addition, the number of orphans in Uganda is increasing. UNICEF estimates that there are over 2 million orphans living in Uganda. The Amani Baby Cottage, located in Uganda, Africa, has dedicated itself to helping orphans. It makes sure that these children receive proper care, reunite with their families or become adopted by new ones.

The Amani Baby Cottage started in 2003. The orphanage is located in Uganda, Africa, specifically in Jinja. The facilities allow Amani to take in around 60 children at a time, catering to children who are newborn to 5 years old in particular. The orphanage focuses on taking in abandoned children. Many of the children’s parents died due to AIDS. This means that many of the children are HIV positive. Amani has helped an estimated 400 children since its start in 2003.

The owner and founder of Amani Baby Cottage, Danyne Bharj, says that she had the inspiration to start Amani when she was 23 years old. The African Children’s Choir, a traveling children’s choir of 7 to 10-year-old’s who travel the world to perform and sing, came to her church. Danyne says that the choir’s performance moved her and after housing five of the children in her home, became very connected and invested in the African Children’s Choir. Danyne ended up touring with the group and forming a great relationship with the children and individuals who ran the choir. According to Danyne, this experience inspired her to start the Amani Baby Cottage in Uganda.

Amani also employs many women in neighboring districts. Approximately 45 Ugandans work at the orphanage. They care of the children as nurses, work to keep the grounds in good condition and work in the main office aiding with adoptions and social work. While many people work tirelessly to help support Amani, it always appreciates donations. Donors can donate money generally or can even sponsor a specific child. Additionally, they are able to donate certain supplies that Amani needs at the moment. Its website lists those supplies.

For those interested in doing more than just donating to Amani, the orphanage provides an internship program. Individuals from around the globe are welcome to go to Amani in Africa to spend quality time with the children and staff there. Interns can do a short-term internship of six weeks to three months or a long-term internship of three months to a year. Individuals can participate in the program as a group or alone. While there, interns have the opportunity to work in the nurseries or cottages, or with the older children or at the preschool. In addition, the interns can nurse and help with social work or other projects that might need to be done around Amani, such as building projects. Amani chooses its interns through an application process on its website. Amani’s Instagram page features many interns playing with and taking care of the children.

Amani has started a preschool for the older children at the orphanage. The children who are old enough attend classes during the week, learn things such as the alphabet, numbers, shapes and months of the year. The classes also include snack time and lots of fun educational games. Amani has staffed an onsite teacher to teach the children, with help from other volunteers as well.

For the children who become too old to stay at Amani, either, a family adopts the child, or the child’s parents come back. Regardless of the outcome, there are social workers who check in to make sure that the family and child are doing well. However, in the rare case that this does not happen, Amani will set the child up with a family in the surrounding area that they have bonded with and who Amani has a strong relationship with.

Though Danyne has done much to try and help care for children in Uganda living in poverty through Amani Baby Cottage, more effort is required to decrease the number of children living in poverty. The Ugandan government has implemented the Poverty Alleviation Programmes in Uganda.

These programs specifically target children who are living in poor areas. Additionally, the program helps to better educate the youth living in Uganda. The number of children in this program continued to grow greatly since the introduction of the program in the 1990s. According to the World Bank, Uganda has been successful in driving down the poverty rate within the last decade as the percentage of individuals living below the poverty line declined from 31.1% to 19.7% in 7 years. However, new troubles have arisen due to the COVID-19 pandemic as many families do not have access to medical care and money from tourism has decreased significantly. In regard to COVID-19, one can have hope that the rate of poverty in Uganda will continue to decrease.