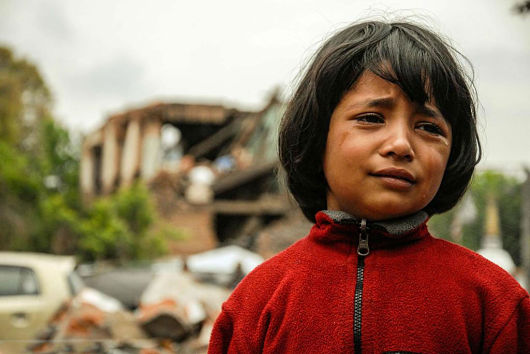 In the wake of the 7.3 magnitude earthquake that rocked Nepal on April 25, the world responded to help those buried in rubble, but as the region rebuilt itself, traffickers preyed from the shadows on families seeking a better life.

Even before the earthquake hit two months ago, human trafficking in Nepal plagued communities and victimized children. According to a 2001 International Labor Organization study, 12,000 Nepalese children were brought to India as a result of human trafficking every year.

After natural disasters such as earthquakes, children face a greater risk of being trafficked. Girls who are not forced into prostitution would be sold as domestic slaves in India or other countries, and boys are often subjected to harsh working conditions against their will.

Traffickers approach tragedy stricken families offering education, food and security for their children, when in reality, children are whisked away in to a life of monstrous exploitation and horrendous abuse.

Thankfully, multiple organizations have made efforts to deal with the aforementioned issues. UNICEF, a United Nations children’s organization is working closely with the police in Nepal and has already rescued 245 children since the earthquake, by intercepting and thus preventing them from slipping into a dark underworld of sex slavery and forced labor. UNICEF is also supporting the local police in the establishment of 84 checkpoints and police stations throughout the country.

Maiti Nepal, a national NGO, non-profit organization, with the help of UNICEF, is beefing up interception and screening stations along the India and Chinese borders. UNICEF is ensuring child accountability through the strengthening of information management and coordination systems.

The Nepalese government suspended international adoption since the earthquake and in early June, they banned children from traveling between districts without parents or approved guardians. The registration of new orphanages has also been suspended.

The Indian Ministry of Home Affairs, issued an advisory to increase vigilance at border controls and has advised the society in India to be aware of human trafficking. UNICEF has since spearheaded an awareness and public information campaign by radio reaching the population through 40,000 flyers on prevention of family separation.

25 airline companies operating in Nepal have also been made aware of the need to screen passengers, ensuring that children are accompanied by their legal care givers. Radio Nepal is concurrently airing messages, reaching an estimated 70 percent of the population bolstering awareness.

Lastly, UNICEF has supported the establishment of hundreds of child friendly spaces and temporary learning centers, providing children with education programs as part of a back to school campaign.

Another problem in Nepal, which often hides behind a cloak of good intentions is “Orphanage Voluntourism”. Families around the world with expressed interest to adopt children perceived or mistaken to be orphans, are left unaware about the fact that these children have been deliberately separated from their families to attract high fee paying adoptive families.

UNICEF and its partners have thereby been working to encourage orphanage volunteering programs to discontinue their practices as volunteers. Although for the most part well intentioned, these can be ignorant to deceptive practices. Moreover, backgrounds are usually not adequately checked.

Nepal, like much of the developing world has thus been diseased by human trafficking long before the earthquake in April. After the catastrophe, however, the practice has amplified as wolves in sheep’s clothing prey on the unsuspecting and desperate. Organizations such as UNICEF are therefore out to bring down those who would seek to unreasonably profit from innocence and disaster.