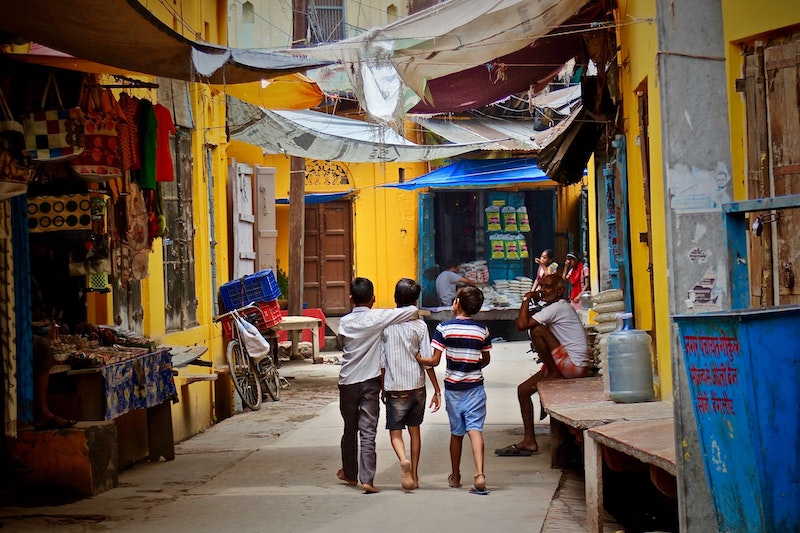 Around 160 million children around the world ages 5 to 17 are involved in child labor and more than 79 million of them are working in dangerous conditions that put their lives at major risk. Over the last four years, there has been an increase of 8.4 million children now engrossed in the act of child labor and that number is predicted to rise significantly even just for the year 2022. Despite this issue ascending, there is a multitude of organizations working to end child labor worldwide.

Child Labor and its Impact

Child labor is when someone exploits children into work that is dangerous and hazardous almost 50% of the time. This prevents them from having a normal childhood and leaves them unable to attend school. This issue is present in countries all over the world and sub-Saharan Africa has the most child laborers in the world with over 86.6 million, according to World Vision.

Slavery, child trafficking, forced recruitment into armed conflict, prostitution and pornography, drug production and debt bondage are the worst forms of child labor, according to World Vision. The International Labor Organization (ILO) estimates that 22,000 children die each year at work due to unsafe environments. The most common form of child labor is agriculture work with more than 70% of laborers working in that field, World Vision reported.

One in three children in child labor is unable to receive an education due to how demanding their work schedule is, which is only going to continue the poverty and child labor cycle. According to UNICEF, there are 9 million additional children globally at risk of ending up in child labor by the end of 2022 as a result of the pandemic.” Luckily there are organizations working to end child labor, so hopefully, that number will not be as extreme.

The Global March Against Child Labour

The Global March Against Child Labour (Global March) is a global organization made-up of trade unions, teacher associations and civic organizations, with the purpose of ending child exploitation and trafficking, while focusing on providing quality education to all children. Global March began in 1998 when thousands of people, including world leaders came together to march against child labor in 103 countries to bring awareness to the problem.

The organization takes part in local, national, regional and global efforts in protecting and promoting the rights of children. Its goal is to change the system that compels children to have to work in the first place. Some of the issues it is addressing in order to improve children’s future: “the elimination of child labor, education for all and poverty alleviation.”

The organization has multiple programs in place as well as events aiding the end of child labor. It also has a current campaign called “Will you dance with us?,” which aims to show world leaders the importance of education and how many children in Africa (87 million) are working instead of going to school.

GoodWeave, an organization that began in 1994, “is the leading global institution with a mission to stop child labor in global supply chains through a market-based holistic and authentic system.” Since 1994, the organization has rescued over 6,700 children from child labor and provided educational opportunities to over 26,000 children. It reached more than 75,000 workers in supply chains in 2018. In partnership with more than 350 organizations worldwide, GoodWeave aims to heal and educate exploited children and address the root causes of child labor.

There is “The GoodWeave Label,” which is a label on products that means no child labor went into the creation of that product. The purchase of products with this label shows support for programs trying to educate children and ensure adequate work for adults. “GoodWeave makes regular, unannounced inspections of all production facilities that cover tier-one factories and all outsourced production, including homes, to verify compliance with this Standard,” the organization said on its website.

There is a current project in the Philippines to provide holistic care to children in Love146’s care. The staff there created innovative ways to provide “education, recreation, health care and other services could be provided to children on-site,” according to its annual report.

Love146 reached more than 3,500 children through survivor care. It also reached more than 16,000 professionals, community members and caregivers to support Love146’s vision. Prevention and community education reached more than 63,000 children, thanks to Love146. “The trafficking and exploitation of children are one of the most severe human rights abuses imaginable,” Morris said on the organization’s website.

There are millions of children forced into labor each year and that number could only go up. By the end of this year, UNICEF predicts that 9 million children could go into child labor. This means they are most likely going to lose access to their education and have a poverty-based future, continuing the cycle between poverty and child labor. Child exploitation is an ongoing issue around the world, but these are just a few of the many organizations working to end child labor permanently around the world.