Tag Archive for: Organization of Active Women in Ivory Coast 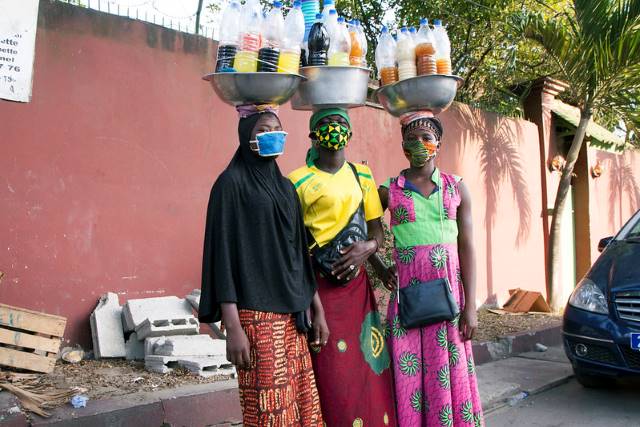 Women in Côte d’Ivoire have grappled with gender discriminatory practices for years. Examples include political exclusion, limited access to land and marginalization from high-paying jobs. According to the National Statistics Institute, 75% of rural Ivorian women live below the poverty line. Without access to basic social services, the chances of reaching economic independence are low for these women. Gender constraints highly limit women’s rights in Côte d’Ivoire.

The Organization of Active Women in Ivory Coast (OFACI) is a non-governmental organization founded in 1999 that focuses on fighting for women’s rights in Côte d’Ivoire. Its goals include increasing the literacy of girls and encouraging women’s leadership in social, political and economic environments. By creating programs to educate and support women, OFACI hopes to eliminate gender-based violence and discrimination against women. OFACI has 10 observation locations across the country that monitor and report on women’s rights in Côte d’Ivoire on a monthly basis. The organization has recently been pushing for, at minimum, a 30% representation of women in politics.

Recent progress in the country includes a marriage bill that was approved by the Council of Ministers of Côte d’Ivoire in 2019. Its main goal is to legislate equality between men and women in marriage through specific provisions. These solutions include new rules for the nullity of marriage, inheritance rights and marital property distribution. Another aim of the bill is to increase the age of legal marriage. This legislative progress provides hope for women’s rights in Côte d’Ivoire.

Another example of an innovative program that targets women’s empowerment is a climate-smart agricultural program launched by U.N. Women in Côte d’Ivoire in 2017. The program, funded by the Government of Japan, seeks to empower rural women in the shea butter production sector. The traditional method used to produce shea butter requires intense labor. The resulting product fails to meet international quality standards so the women who work in this field struggle to make high profits. Since October 2017, U.N. Women trained 300 women on improved production practices and upgraded equipment in manufacturing facilities to meet international standards. The program also assisted women in the shea butter industry with financing and market access.

Despite the discrimination against women in Côte d’Ivoire, change is coming. NGOs and the government are stepping up to ensure greater equality among women and men and uphold the rights of women in the country.