Tag Archive for: Organization for the Prohibtion of Chemical Weapons 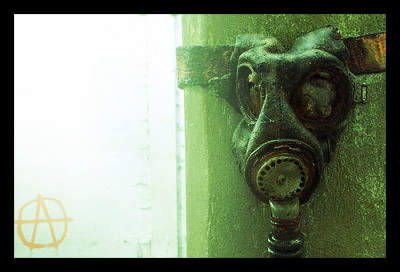 “Moral obscenity” and “heinous weapons” are just two terms U.S. political leaders have recently used to describe chemical weapons. Indeed, these weapons are known for their devastating effects on the human body, as they injure, disable and ultimately kill their victims by wreaking havoc on physiological processes.

According to the Organization for the Prohibition of Chemical Weapons, the agents are separated into four categories based on how they attack the human system. The categories are blood, choking, blister, and nerve agents.

Blood agents prevent human blood and tissue cells from taking in oxygen, which causes rapid organ failure. They include cyanogen chloride, hydrogen cyanide and arsine. Choking agents are absorbed through the lungs, then causing fluid build-up which leads to the person choking to death. They include chlorine, choropicrin, diphosgene and phosgene.

Blister agents burn through the mucous membranes, such as the skin and eyes, causing boils and blisters on exposed skin. As a vapor, blister agents can burn the esophagus and lungs with such force that it causes death. They include nitrogen mustard, sulfur mustard and lewisite.

The most deadly of chemical weapons are nerve agents, which cause muscle paralysis and seizures. Even a small drop of a nerve agent can cause loss of body control, causing sudden death. These chemical nerve agents include sarin, tabun, soman and V/X.

Deadly in a number of terrible ways, chemical weapons have been subject of controversy since their inception. However, this hasn’t stopped warring factions from using them on their fellow man. In World War I, both sides used these weapons, which caused significant battle casualties, with the United Nations estimating almost 100,000 deaths as a result of their use.

World War II also saw the use of poison gases; Nazi concentration camps used them on prisoners. Chemical weapons were also used in the Pacific Ocean theatre of war by the Japanese in Manchuria during WWII; however, they were not used on the European battlefields.

Production and stockpiling of chemical weapons continued into the Cold War, and they were subsequently used in the 1960s by Egypt in Yemen, and in the 1980s by Iraq during the Iran-Iraq War. The Iraqi government also used chemical weapons against peoples in northern territory of Kurdistan.

Throughout history chemical weapons have come with a high price—the UN estimates that more than a million have died as victims of chemical weapons since World War I. In September of 1992, after 12 years of negotiations, the Chemical Weapons Convention was adopted, which was the first disarmament agreement with a multilateral base.

About 98 percent of the global population has joined the CWC, representing 189 nations. To enforce the Convention, the Organization for the Prohibition of Chemical Weapons was formed with the mission to provide a credible organization to confirm the destruction of chemical weapons and prevent their re-emergence in member States.

They also provide protection and assistance to combat chemical weapons and promote the global community to cooperate through peaceful use of chemistry.

That last sentiment is one the world may well agree on, and current reports of chemical weapon use in Syria have brought the discussion of chemical weapons once again to the world stage. The global community’s response to the use of these weapons could usher in a renewed effort to reduce the proliferation and use of chemical agents.