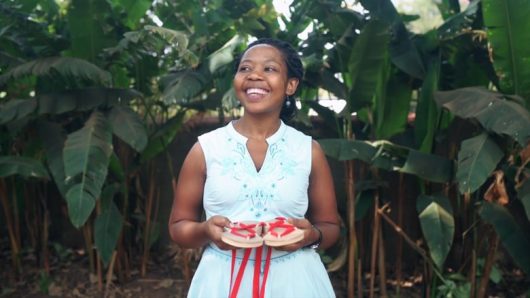 From government initiatives to individual campaigns, a wide range of efforts exist to remove obstacles and create opportunities for women and girls in developing countries. Countless global feminist companies have formed in recent decades, offering goods and employment to women and girls in an effort to shift the economic climate in poorer areas of the world.

Below are five global feminist companies helping women and girls in developing countries to pursue education, advance their careers and gain autonomy in their communities.

L.
After working for the Red Cross and the United Nations as a photojournalist and witnessing firsthand the obstacles that plague women’s lives around the world, Talia Frenkel founded L., a one-for-one feminine hygiene company on a mission to provide supplies to women and girls in developing countries. L. distributes donations via female entrepreneurs around the world in order to foster financial independence among women and multiply the company’s global impact. L. employs more than 2,800 women, positioning them to efficiently support their families and achieve agency within their communities.

The majority of donated goods go to girls in countries like Sierra Leone, Nepal and Afghanistan, where many miss school during their periods due to lack of supplies. With an increasing customer following, L. estimates it will donate 50 million products by the end of this year.

Thinx
Thinx, a company specializing in period panties, uses profits to fund the Global Girls Club (GGC). This six-month program hosts girls from ages 12 to 18 to train them on the finer points of human rights, reproductive health and financial independence. Using this multi-pronged educational model, the GGC experience provides young women with practical skills while building self esteem and combating the stigma around menstruation. Attendees also receive donations funded by customers’ purchases, allowing them to stay in school all month long.

The company includes environmentalism as a critical component of its mission, as the reusable nature of the product helps to cut down on waste from disposable goods. In addition, Thinx actively seeks partnerships with health education organizations and plans to continue growing the GGC program with the support of grassroots movements and concerned individuals.

Rallier
Rallier is another company determined to keep girls in school. Every purchase from the New York-based clothing line warrants a donation to Shining Hope for Communities, an organization which uses funds to provide girls in developing countries with locally sourced school uniforms. With this method, humanitarians all around the world can contribute to girls’ successes and simultaneously stimulate developing economies.

Access to uniforms is a major stumbling block when it comes to girls’ education in developing countries. Studies show that providing uniforms to needy students has increased enrollment by 64 percent—and with efforts like Rallier’s, numbers could shift even more dramatically.

Sseko
Uganda-based fashion brand Sseko bolsters women’s higher education by selling sandals, handbags and other accessories crafted by East African artisans. The company has used profits to send 87 promising Ugandan women to university and will send 15 this year alone. Participating scholars spend nine months working for the company to save money before attending school, and Sseko matches each woman’s savings with a scholarship.

Dedicated to breaking the cycle of poverty altogether, Sseko’s business model is designed to bolster rather than undermine economies in developing countries. With a keen eye on the future, the company aims to prepare women for leadership roles in order to create widespread gender equality.

Same Sky
Same Sky, a jewelry trade initiative working between Rwanda and the United States, focuses on awarding ethical employment to women in developing countries. In the aftermath of the Rwandan genocide of 1994, where nearly one million people were murdered, systematic sexual violence against women triggered an epidemic of HIV/AIDS while society crumbled. Same Sky set out to repair the landscape of women’s lives in Rwanda by creating opportunities for them to learn a trade in order to support themselves and their families.

Women who work for Same Sky make 15 to 20 times the average wage in sub-Saharan Africa—and they get the opportunity to express themselves while they do it, as attention to “the talents and the passions of the artisans” is a central tenet of the company’s mission. These women do not just benefit from working for Same Sky; they actively contribute to the global growth and creative evolution of the company.

Poverty creates complex obstacles in the lives of women, but global feminist companies like these fight to open doors. With the continued worldwide support of women and girls in need, developing countries are sure to see progress.