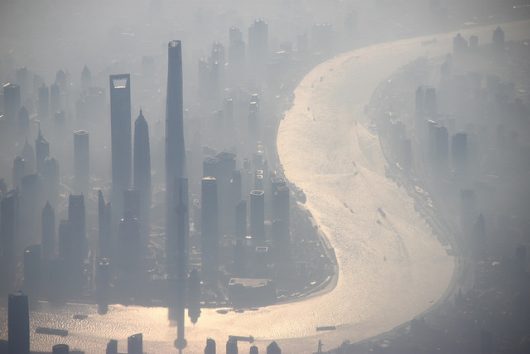 Somewhere along the desert steppe of Inner Mongolia, the skyline of Ordos Kangbashi currently perforates an otherwise flat horizon. The city’s superstructures – lustrous monoliths of urban development following a local mining boom – have stood quietly since its 2004 inception, waiting.

It is one of the many new city projects that China has put into motion, but is particularly prolific due to the ambition of its size and architecture. Intended to welcome at least a million inhabitants, Ordos Kangbashi boasts countless high-end facilities and tourist hotspots, but its isolated geography and exorbitant property costs initially left it occupied by only thousands. With whole streets empty for years, the metropolis has done little but repose upon an infertile land, shiny and alien.

So the narrative goes. Despite Ordos Kangbashi commonly being referred to as a modern ghost town in the past, recent reports reveal that the city simply needed time. Ordos Kangbashi currently has a growing full-time population of 153,000, with more than 4,500 businesses in operation.

A large portion of the city’s residents are country people encouraged to urbanize in order to diversify China’s economy. The rural villages speckled throughout the Ordos region have historically struggled against sandstorms, limited natural resources and poor infrastructure. With the advent of Ordos Kangbashi, locals have the opportunity to be lifted out of poverty by relocating to the city with the acceptance of a hefty compensation package.

The Ordos government’s goal is to build the tax base to ensure the continued success of ex-farmers. With proper urban education, healthcare and targeted programmes, rural transplants will ideally be able to integrate with city life and become self-sufficient.

Opportunities Near or Far

There are some that do not wish to move to the city. Those that elect to remain in their villages are still able to take advantage of the new opportunities available. The Ordos-based Elion Resource Group, for example, has invested more than $4.4 billion into addressing desertification. They, along with local government forces, mobilize by teaching farmers effective agricultural methods, providing healthy crop seeds and promoting eco-restoration as a means of job creation.

“I couldn’t imagine before that I can earn 6,000 yuan ($900) per month,” said Wu Zhihua, 60, a local farmer. By receiving liquorice seedlings and selling the mature plants at market price, Wu generates extra income while the seedlings help fix drifting sand in the environment.

Greening the region benefits far-flung desert dwellers and Ordos Kangbashi residents alike. The number of sandstorm occurrences has fallen from 50 in 1988 to only one in 2016. Approximately 102,000 villagers have already been alleviated from poverty as a direct result, and the city is transforming its barren environment from a detriment into a boon.

Ordos Kangbashi’s skyscrapers have developed a unique symbiosis with the surrounding pastoral terrain. Due to the lack of an existing urban population, city resources have been readily allocated to rural-dwellers instead to the benefit of everyone.

It remains to be seen if this will be a successful model for other prebuilt metropolises, but Ordos Kangbashi currently has expelled its ghosts with a rare mutualism — its heartbeat continuing for the foreseeable future.