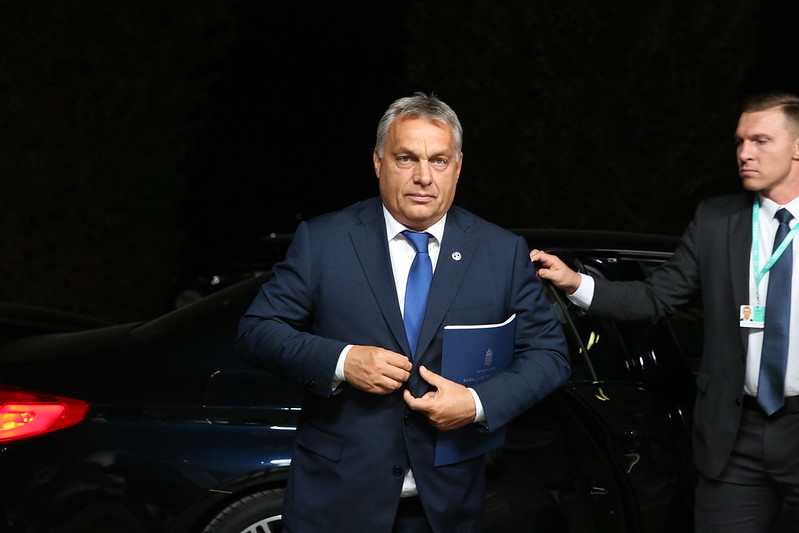 After joining the European Union in 2004, Hungary seemed to be on the path toward a more prosperous future. However, once Hungary’s Prime Minister Viktor Orbán touted the idea of Hungary becoming an illiberal state, tensions between Brussels and Budapest reached new highs, threatening to destabilize the European Union with an autocratic member and potentially increase poverty in Hungary.

After first holding office from 1998 to 2002, Prime Minister Orbán returned as head of government in 2010, wanting to redesign governmental institutions. Orbán, a member of the Fidesz political party, subverted democratic norms and cemented one-party rule to ensure his assignment as prime minister and the supermajority of his party Fidesz.

In more than a decade since Orbán returned to the premiership, the Prime Minister and Fidesz have completely undermined Hungary’s democracy, erasing governmental integrity through the following methods:

As a result of Orbán’s reforms, the think tank Freedom House demoted Hungary to the status of partly free, indicating that Hungary’s democracy is at the cusp of autocracy, according to E-International Relations.

Despite Hungary’s descent from a protected democracy, poverty under Orbán’s leadership is reaching new lows.

From 2015 to 2019, there was a 2.2% drop in poverty rates, leaving only 12.3% of Hungarians below the national poverty line. The COVID-19 pandemic interrupted this trend of alleviating poverty rates, but official numbers are not yet available, as per the World Bank.

As Brussels and Budapest continue to clash, Hungary may become subject to financial repercussions. As one of the largest recipients of EU funds, the landlocked nation may find itself in tough times if cut off from much-needed aid.

Confrontations Between the EU and Hungary

Hungary’s turn against democratic norms puts it at odds with the European Union, prompting concerns about whether the EU should continue funding the nation as it refutes the multinational organization’s liberal democratic values.

Hungary’s violations of rule-of-law principles by undermining the country’s judiciary, education system and electoral integrity have prompted the EU to assess the best path forward to divert Hungary from autocracy, according to E-International Relations. In addition, the EU has accused Hungary of mishandling its funds, citing a lack of transparency and corruption (including 52 probes into misuse of funds) in how the nation utilizes EU funds.

In the past, the European Union has explored two main tools to handle Hungary’s disobedience: Article 7 of the Treaty of Lisbon and infringement procedures.

Under Article 7 of the Treaty of Lisbon, the EU can suspend certain rights of member states if a nation violates liberal democratic values, according to E-International Relations. However, this procedure requires a unanimous vote by all EU member states, rendering this feat impossible due to Orbán’s staunch ally in Poland.

The other main tactic the EU has tried is infringements procedures, which, simply put, is a legal action against an EU country that does not uphold EU law. In the past, infringement procedures in Hungary totaled €100,000 a day, according to E-International Relations. However, taking Hungary to court is time-consuming and potentially too ineffective to curb the nation from authoritarianism.

Brussels has resorted to withholding funds from Hungary within the past two years. The EU prevented Hungary from accessing more than €7.2 billion ($7.34 billion) from the bloc’s coronavirus response fund, citing ongoing breaches of EU law.

Now, as tensions rise, Brussels can leverage its conditionality regulation. This tool, which came into effect in January 2021, allows the EU to withhold money from its general fund from member nations for rule-of-law breaches. The European Union can prevent Hungary from accessing €40 billion ($40.8 billion) from its 2021-2027 budget if Orbán does not abide by the EU’s rules. This robust measure, which could push Orbán farther away from autocracy, may ultimately be detrimental to poverty in Hungary.

As Brussels and Budapest continue clashing over democratic principles and funding, the future of poor Hungarians is in limbo. Financial penalties could prevent infrastructural development, welfare assistance and other critical programs that combat poverty, impeding the progress made under Orbán’s regime.

However, chances for a compromise remain hopeful. In June, Orbán stated, “Everything is ready for an agreement to be struck between the union and Hungary, which I think both sides need.”

With the two sides approaching an agreement and potentially unlocking withheld funds, Hungary could hopefully be on a path away from both autocracy and poverty.