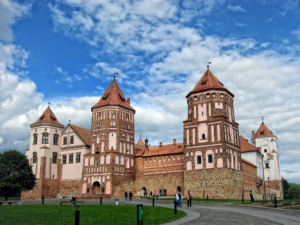 Belarus, since 1991 an independent state in northeast Europe, remains somewhat isolated from the European mainstream as one of several successor states to the Soviet Union. Though the country hosts 4.08 physicians per 1,000 people, a figure comparable to many developed nations, there remain areas of the healthcare system that require improvement, and one such area is the dental health sector. For a dental health sector to treat the maximum number of citizens effectively, the population must attain a minimally competent level of oral health literacy. Several oral health literacy studies have diagnosed the quality of dental hygiene knowledge and provide strategies for improving oral literacy in the general population. Though data has been sparse since these studies, they suggest a continuing improvement in dental health and therefore in oral health literacy within the populace.

In 1996, several years after the dissolution of the USSR, oral health survey data established that tooth decay and periodontal disease affected approximately 85 percent of children and 100 percent of adults. Since then, these findings incentivized research into the development of successful and economical disease prevention strategies. Chief among these is ensuring oral health literacy.

A 2004 epidemiological study sought to uncover the link between urban or rural status and level of education on oral health literacy. The scope of the study encompassed randomly selected subjects from all six regions of Belarus, entailing administration of dental health examinations on six and 12 year-old children, questionnaires directed to mothers and primary school teachers and subsequent processing and interpretation of the data collected.

Of the children surveyed, 93 percent of tested six year-olds and 85 percent of tested 1- year-olds showed signs of tooth decay, with both 12- and six-year-old urban students less likely to have experienced tooth decay than their rural counterparts, although the contrast was more dramatic for 12-year-old test subjects. The questionnaires directed to mothers established that urban mothers were more likely than rural mothers to exhibit oral health literacy, and this knowledge disparity was likewise reflected in better oral hygiene habits in urban families. However, primary school teacher respondents provided generally accurate answers to the questionnaire, with no major knowledge disparity on based on the urban-rural divide.

This study concludes that a strong correlation existed between the knowledge and habits of parents and the dental health of their children. Both six- and 12-year-olds exhibited rates of tooth decay surpassing the 2000 goal set by World Health Organization for Europe, attributable to a myriad of factors encompassing diet, lifestyle change, inadequate parental involvement and mere lack of knowledge. Though primary school institutions should continue to play a pivotal role in dental hygiene education, parents must increase and improve their own role, facilitated through strategies promoting better access to updated dental health information.

In order to determine whether progress has been made in oral literacy since these studies, one must consider the most recently released dental health statistics. Perhaps the most striking available data is that of pediatric dental patients’ DMFT index measurements. Dental epidemiologists record the degree to which a patient’s teeth suffer decay, are missing or filled, using a measurement called the DMFT index, which assigns values from zero to 28 or 32. On this scale, a lower score indicates less tooth damage.

In 2009, the Belarusian government determined that the mean DMFT of the country’s 12 year-olds rested at 2.1, while another study the same year found that 30.6 percent of children of the same age rested at zero in the DMFT index. Though the results of this DMFT study are now a decade old, they constitute a significant improvement over the prior decade, in which (as of 1998) only ten percent of 12 year-olds were cavity-free with a mean DMFT of 3.8.

NGO Involvement and a Trajectory for Improvement

Global Dental Ambassadors, an NGO comprised of dental health professionals committed to the exchange of data and improvement of oral health literacy, annually holds academic exchanges throughout the world. From 19 September to 21 September 2019, this organization held an international academic exchange summit at Belarusian State Medical University involving professionals from the United States and Belarus, with 523 second and third year students of the Belarusian State Medical University witnessing the proceedings. Conventions of this sort hold great promise for ensuring that the dental sector in Belarus remains fully literate on the latest developments within the profession.

Established in 2006 by Chernobyl Children International co-founder Mary Sugrue and dentist Marcas Mac Domhnaill, the Chernobyl Children International Dental Programme focuses primarily on improving the hygiene standard and general oral literacy of Belarusian pediatric dentistry. As Mary Sugrue attests, pediatric tooth extraction procedures did not involve the use of anaesthetic when the organization began working in Belarus. Since then, the organization has done much to decrease the infection rate through educating dentists and patients alike, including children.

Substantial progress has been made in the cause of Belarusian oral health literacy over the past several decades. The most recent data and international NGO involvement gives reason for optimism and incentivizes further investment in improving oral health literacy in Belarus. 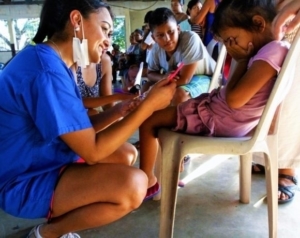 Individuals living in poverty face disparities. Picture-perfect smiles are often out of reach for those living in impoverished conditions. This is due to various socio-economic factors like food insecurity or lack of dental coverage. The Pan American Health Organization found Latin Americans suffer from twice as many cavities as U.S. citizens. The top seven facts about poverty and oral health in Latin America are discussed here.

Top 7 Facts About Poverty and Oral Health in Latin America 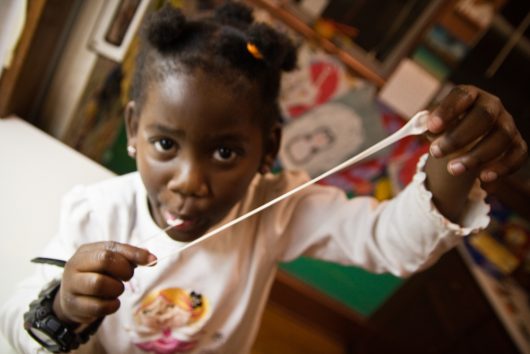 Chewing gum is becoming more than just a flavorful chewy treat with the help of innovators under The Sweet Bites Team. It’s also helping to prevent tooth decay and gum disease. Underdeveloped countries don’t have access to proper oral care. Therefore, the people living in these countries are unable to maintain the healthy mouths necessary for a healthy lifestyle.

According to the Huffington Post, close to 4 billion people worldwide suffer from untreated oral diseases. The average number of dentists to general population in Africa is 1 to 150,000. In industrialized countries the average ratio is 1 to 5,000. Due to improper care, adults and children in underdeveloped countries suffer from both deadly diseases like Noma and other oral diseases such as cavities and gingivitis, according to the World Dental Federation.

That’s where the Sweet Bites team swoops in to make improving oral health much easier. The team invented a chewing gum augmented with xylitol, a sweet-tasting crystalline substance that inhibits bacterial growth and reproduction. Chewing the gum is an inexpensive and painless way to prevent future oral problems such as tooth decay especially in young children. It has also been approved by the American Federal Food & Drug Administration.

Through Sweet Bites’ prevention of oral infections, the overall health of a person also improves. Recent research has discovered connections between improving oral health and decreasing life-threatening conditions including heart disease and cancer. Therefore, chewing the Sweet Bite gum for five minutes after meals would fight against these more harmful diseases that may not be treated due to lack of professional access.

Much of the new chewing gum’s success is based on donations from supporters. Although the invention is extremely new, the team hopes to impact 1.4 million Indian children in the near future. The more money the team is able to raise, the more kids they will be able to reach and help. If they see success and continue to raise money, the team looks to spread their idea to Kenya and South America. 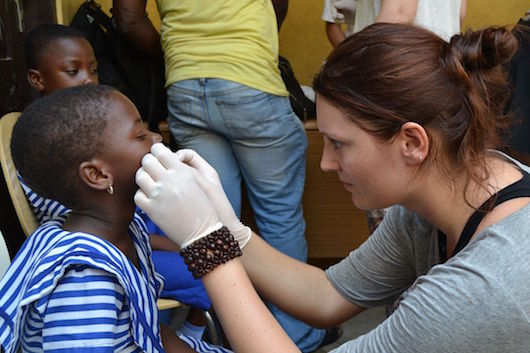 What is even worse, is that “oral disease in children and adults is higher among poor and disadvantaged population groups” (WHO).

In parts of the world, access to dental care can be completely lacking. The American Dental Association (ADA) has given a warning for U.S. travelers: “If you are planning a trip out of the country it may be helpful to schedule a dental checkup before you leave, especially if you’ll be traveling in developing countries or remote areas without access to good dental care.”

Such a warning for U. S. citizens shows a need for better universal access to oral health professionals in developing countries. This is especially true for those living in poverty.

There are two studies in particular that highlight the connection between poverty and poor dental health. One comes from an Argentinian study that looked at parental income and education, as well as access to oral health care. The study found that there is a direct correlation between higher dental care and higher poverty indicators.

In another study, WHO reports that in Mexico, 60-70 percent of elderly people have few to no teeth. The report also finds that upwards to 90 percent of Mexicans have untreated cavities. As with the Argentinian study, the higher the poverty the worse oral care was. Their findings are similar to those in poverty all around the world.

What can be done? The situation seems dire and difficult.

One of the best ways to help fight cavities, and other noncommunicable oral diseases, is to promote proper dental care. Schools in the Philippines have made hand washing and tooth brushing part of their everyday curriculum. Dental care has been a consistent reason for children to miss school, but UNICEF has found that for the school children, “tooth-brushing can result in reductions of up to 27 per cent in absenteeism.”

The WHO Global Oral Health Programme is also working to reduce diseases caused by poor oral health care. The focus is not only on proper tooth brushing but also on proper diet, the reduction of tobacco and excessive alcohol use. All areas need to be looked at to help prevent tooth loss, gum disease and some forms of oral cancers.

Much still needs to be done to help maintain proper oral health, especially for those people living in poverty. Access to proper dental care when cavities or oral infections do occur is still lacking.

Thankfully there are programs in place that are thriving, such as the ones in the Philippine schools that are proving to be successful. Hopefully, their model will be used in other regions so that oral health care will improve the world over.