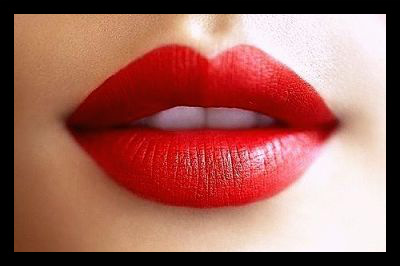 In early 2014, the World Dental Federation released a report with startling statistics surrounding access to dental care in developing countries. FDIs main findings reveal that the average ratio of dentists per capita in Africa is one to 150,000. As a measure of contrast to this statistic, in the developed world the average is one dentist to 5,000 patients. The direst figure is demonstrated by Ethiopia’s lack of access with a density of only one dentist per 1 million people. Even countries, such as India and Brazil, who annually produce high quantities of dentists, cannot adequately treat their populations due to lack of access to rural areas.

Other contributing factors to poor oral health relate to regional cuisines that have been infiltrated by the influence of companies that promote the consumption of foods and drinks with high sugar contents.

Such organizations include Pepsi, Coca-Cola and McDonald’s, which over the past years have become integrated into the local diet in countries around the world. In El Salvador, this phenomenon is causing the rates of obesity in urban centers to rise, while in the more rural areas the presence of cheap junk food and lack of access to proper dental facilities is attributed to increasing cases of oral diseases.

Chronic oral diseases can have a large effect on one’s overall health status and lead to further complications in existing conditions. Children are often most affected by the lack of dental care as the high prevalence of untreated cavities inhibits their ability to eat properly and can lead to malnutrition.

Furthermore, the pain associated with cavities prevents youth from being able to adequately concentrate in school and be productive members of society. According to the Children’s Oral Health and Nutrition Project at the University of California, Berkeley, School of Public Health, 50 to 95 percent of children under age 6 in the developing world, particularly in Latin America and Southeast Asia, suffer from mild to severe tooth decay.

To combat the rising rates of oral diseases in the developing world, there are some efforts being made to mobilize resources to educate communities about the dangers of tooth decay and provide access to effective dental treatments.

In 2004, a pediatrician and professor at UC Berkeley’s School of Public Health, Karen Sokal-Gutierrez founded the Children’s Oral Health and Nutrition Project. For its initial six years, Sokal-Gutierrez’s program partnered with the Ministry of Health and a local NGO, ASAPROSAR, in rural El Salvador to treat and educate approximately 2,000 children under the age of 6 and their families in oral health care.

Throughout the years Sokal-Gutierrez, volunteers, doctors and dentists returned to the same villages in El Salvador to train community health workers in oral health and nutrition while also assisting the local dentists in applying fluoride varnish to children’s teeth. The results of the project revealed great improvement in the areas of oral health as tooth decay was reduced from 85 percent to 50 percent of children. Additionally, mouth pain was reduced from 47 percent to 22 percent and malnutrition decreased from 16 percent to 2 percent.

Based on the success of the project in El Salvador, Sokal-Gutierrez transplanted the model to Ecuador, Nepal and Vietnam to continue fighting toward closing the gaps in oral health disparities.

The World Health Organization has a Global Oral Health Programme that is a part of the Department of Chronic Diseases and Health Promotion. The WHO is currently focusing on placing a stronger emphasis on developing global policies in oral health promotion and disease prevention.

In order to eliminate the rising levels of oral health issues in the developing world, both local and international actors must place more focus on education, promoting healthier diets and access to care through coordinated efforts.