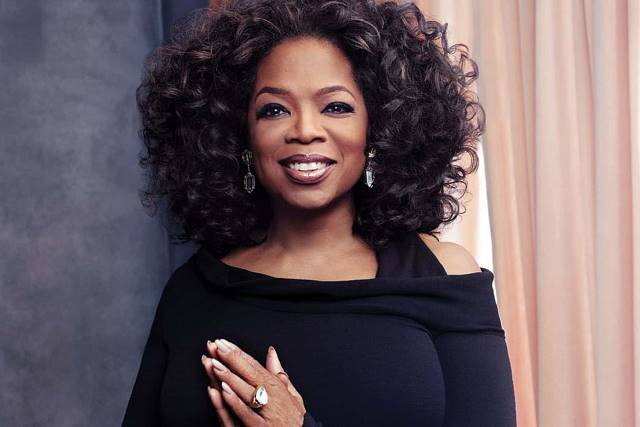 Born to an unmarried teenage mother in 1954 and raised on a farm in Milwaukee, Mississippi, by her grandmother, Oprah Winfrey’s childhood is the epitome of early life adversities. Winfrey’s experience with sexual abuse, racism and poverty forced her to recognize that she needed to change her perspective on life. She decided to positively transform her life and make the most of it. Winfrey is most known for her talk show, The Oprah Winfrey Show. However, this was only one of the philanthropist’s many successes that led her to become the first female African American billionaire in North America. Below are a few inspirational quotes by humanitarian Oprah Winfrey.

During this speech, Winfrey honored and showed her respect for each woman who had experienced forms of abuse and was courageous enough to tell their story. Moreover, her charitable work and foundations demonstrate her determination to encourage women and girls to hold their heads high.

Winfrey created the nonprofit Oprah Winfrey Leadership Academy in 2007 for young South African girls suffering from a lack of essential educational resources. The school offers a high-quality education system for grades 8-12 so young girls may have the opportunity to expand their educational background. Consequently, this increases their chances of becoming great female leaders in any career field. More than 400 of the academy’s graduates decided to continue their education by attending college, and in 2018, the graduating class consisted of 58 girls.

Winfrey continues to impact young girls by remaining heavily involved within her foundation. Furthermore, she encourages women worldwide by reassuring them that they have the power to overcome life’s adversities. Not only are inspirational quotes by humanitarian Oprah Winfrey inspiring but they also teach one a few life lessons.