Tag Archive for: Opportunity Of Our Time 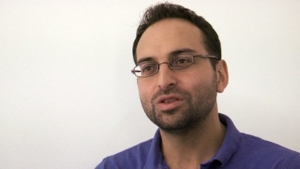 Last week at the Guildhall in London, Ricken Patel gave the Commonwealth Lecture, a once-a-year event hosted by the Commonwealth Foundation featuring distinguished speakers discussing issues and ideas pertinent to the global community. Patel, the founder of the online activist group Avaaz, delivered his lecture entitled “The Opportunity Of Our Time” proposing that a “new politics, new activism, a new democracy” is coming, empowering us, bringing us together, and changing our world.

Throughout the lecture, Patel’s optimism sheds reasons to be hopeful that newer generations will not only make impacts in the future but that they have already done so. Over the past half-century, significant progress has been made in poverty reduction, the spread of democracy, the suppression of war, and the decline of deaths caused by war. Globally, nations are experiencing increases in income per person, empowerment of women, life expectancy, literacy, and internet access. In these promising statistics, there is a basis for profound hope.

Patel asserts that common goals across the globe are being realized. Public opinion surveys show proof that nearly all of the world believes that we must act towards solutions for environmental problems, human rights issues, poverty, corruption, and climate change.

Though many people are indeed mobilized towards these objectives, Patel states that we are living in an “age of tyrannical systems.” Systems such as corporate capture, gladiatorial politics, oligarchy, media complexes, and lowest-common-denominator-global-governance allow individuals who are in positions of power and influence to exploit society using fear. These “tyrannical systems” create division rather than allow cooperation through inspired hope and shared enterprise. These are the systems that, Patel stresses, need to be reformed to accomplish the common goals.

Patel discusses what he calls his “20 years plan to save the world,” through political empowerment and citizenship. Governments at the moment have the unique characteristic of having the potential to be either vast threats or society’s most powerful tool. They will either be swayed by a few who will utilize it for their own selfish gains or by the many who are working for the common good of all. Patel proposes highly accountable, highly functional democracies at the global, national and local levels that will engage citizens in politics, empower them to voice out their beliefs and concerns, and ensure them that governments will act on the promises they make. These democracies will be powered by “thoughtful committed people” organized towards these goals.

Most of the world believes, he comments, that the greatest challenges are happening right now. At the same time, technological advancements that answer these challenges are accelerating at quicker speeds than ever. Patel simply states that “democracy is coming” for all. The efficacy of our actions, the community of our voices, and revolutionizing democracies and institutions towards citizen empowerment are all crucial to this vision.

Avaaz, meaning “voice” in several languages, is the world’s largest activist network with more than 20 million members in 194 countries. As Patel puts it, the mission is to “close the gap between the world we have and the world most people everywhere want.”

“So much more than just having a reason to hope, we have a responsibility to dream,” said Patel.