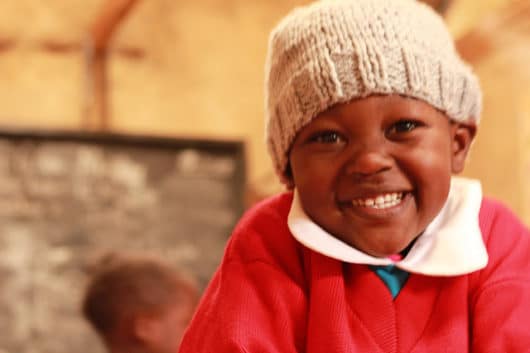 Kenya is known as a contrasting country where there is a large gap between the economic and social classes. About half of the 44 million people who live in the African country live well below the poverty line. This makes necessities like clean water and health care seem like luxuries.

With limited opportunity in African slums, many fall ill from lack of sanitation and clean water, as well as food shortages. Others are unable to attend school and are either pushed into violence or become victims of it.

Kennedy Odede – A Ray of Hope

Kennedy Odede was born in Kibera, Kenya, one of the largest slums in Africa. Here, Odede and many of his friends and neighbors were subjected to violence, severe gender inequality and a constant feeling of hopelessness stemming from a lack of opportunity. Despite his extreme impoverished conditions, Odede remained hopeful for not only a better future for himself and his birthplace of Kibera but for all the slums of Africa.

As he continued his education and eventually migrated to the U.S., Odede became inspired by visionaries of change, Martin Luther King Jr. and Nelson Mandela. Like these influential men, Odede wanted to better the world for the vulnerable population.

In Kenya in 2004, Odede bought a soccer ball for 20 cents and taught people in his area the sport. Upon bringing people together to play, the Kenyan native was able to create open discussions about the pressing issues within the community of Kibera. Those included issues such as food security and gender-based violence. They started discussing ways to create opportunity in African slums.

After meeting his wife, Jessica Posner, Odede’s initiatives branched out into a grassroots organization called Shining Hope for Communities (SHOFCO).  It was founded in 2009. This nonprofit organization devised a plan to integrate programs for girls’ education and community forums to raise awareness about gender-based violence. SHOFCO’s mission statement pays homage to the mindset of Odede’s visionary inspirations. It reads “Empower communities to transform urban poverty to urban promise.”

SHOFCO set up an aerial network of pipes that brought access to clean water. It was an effort to help decrease Kenya’s alarming child mortality rate. SHOFCO has also set up several health clinics, including 6 in Odede’s home neighborhood of Kibera, where over 165,000 patients were served in 2017. Clinical services were desperately needed in Kibera with HIV and other diseases being endemically prominent.

The Los Angeles based couple’s organization continued to transform urban poverty and create better opportunity in African slums through their educational programs. SHOFCO’s School-2-School program partners with schools across the United States to support efforts and raise awareness for SHOFCO’s free schooling for girls in Kenya.

This partnership has helped 45 percent of Kenyan girls enrolled in the free schooling program achieve A’s in Kenya’s primary education certification exam. Schools enrolled in the program received a B+ average on the same exam. Both Odede and his wife believe that providing young girls with education is important to fighting poverty as it creates female leaders and speaks for the need to fight for women’s rights.

SHOFCO now runs two schools, one in Kibera the other in Mathare. The schools teach 519 girls from pre-kindergarten up to eighth grade. Aside from traditional academic subjects, students focus on leadership skills and learn about Kenya’s government. This was Odede’s idea to make people realize the need to create more opportunities in African slums.

SHOFCO’s annual budget of $7 million is currently made up of donations and grants from both the U.S. and Kenya. Odede and his wife hope this budget will go well beyond $10 million by 2021. That would allow the organization to create more schools and also continue its efforts in addressing Kenya’s health and water security issues. SHOFCO’s model for lifting urban slums like Kibera out of poverty serves as a guide to how industrialized countries can help create opportunity in African slums.