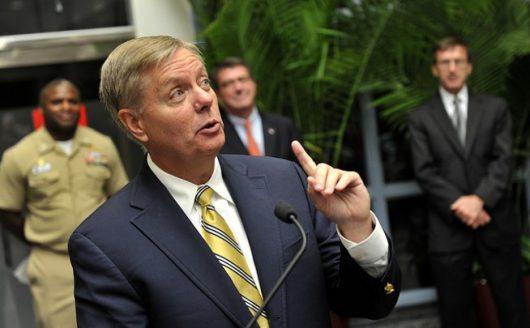 President Trump’s budget proposal is significant for its massive budget cuts. One agency that would be axed in this proposal is the Overseas Private Investment Corporation (OPIC). Critics are now defending this little-known agency, and argue that the OPIC is crucial for fighting global poverty and improving U.S. relations with the world.

The OPIC may not receive much press coverage, but it does quite a lot with a budget of $82 billion. The agency’s main goal is to incentivize American investment in developing nations by providing loans and risk insurance to American investors. Since its inception in 1971, the OPIC built a portfolio that assisted the investment of more than $250 billion in upwards of 4,000 projects.

Of course, one may ask why the U.S. should encourage investment abroad. One reason is that it generates wealth and work for both Americans and those living in developing countries. In total, OPIC-funded projects produced over 275,000 jobs for Americans and generated more than $75 billion in U.S. exports. Much of this wealth is built by American small businesses. Seventy-seven percent of OPIC funding goes to small and medium-sized businesses. Investment in developing nations also combats global poverty and creates more viable trading partners. The proposed OPIC budget cuts could make it much harder for American businesses to create these opportunities.

The OPIC also made great returns on its loans. OPIC doesn’t cost the taxpayer a dime because the agency generated profits for 37 years. The money made goes to reducing the deficit, and the OPIC budget cuts would actually result in a loss of $2.2 billion over the next 10 years.

OPIC’s activities also help U.S. national security. It’s well-known that economic growth and political stability are often tied together. When economies are booming, nations are more stable. When markets plummet, conflict begins to rise. Foreign investment aided by agencies like OPIC can make developing nations less hospitable to extremist groups that would do harm to the U.S.

Members of Congress like Republican Senator Lindsay Graham took note of the impact U.S. dollars abroad can have on national security. Graham states, “the worst nightmare for Al-Qaeda is to come into a community that feels supported and has hope…The way I look at it is, it’s national security insurance that we’re buying.”

The Trump administration supports the proposed OPIC budget cuts because they claim that the agency distorts the free market and creates a crowding-out effect that reduces private investment. Supporters of the OPIC challenged this and claim there is no evidence that the OPIC has been distorting the market.