Tag Archive for: Operation in Burundi 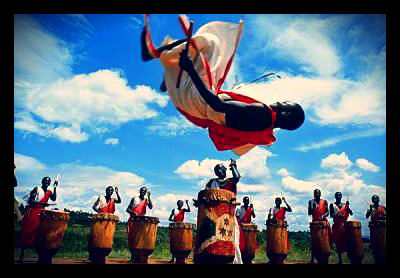 The Central African region has been receiving a lot of humanitarian attention this new year. Furthermore, while this area has been going through a lot of tumult in the past few months, South Sudan’s instability has been a major concern of the United States and other countries. However, though the situations such as these in larger countries highlight the troubles in the region, the tiny nation of Burundi has gotten a small amount of attention. The UN has, on the other hand, just announced that they will extend their mission in Burundi until the end of the year, the effort being done to guide the nation to safe elections in 2015.

The fact is, Burundi has come a long way in the past 20 years and is an example of the good work that international aid can do for ailing countries. For instance, in the early 1990s there were worries of genocide in Burundi as the violence in Rwanda threatened to spread to Burundi. In 1993, the President of the country was assassinated, resulting in “genocidal acts” taking place against the Tutsi ethnic group. While the violence did not reach the levels seen in Rwanda, ethnic violence was a problem until 2003, even after the ceasefire in 2000 between the government and rebel groups.

After it was clear that the 2000 ceasefire was not having the immediate effect the United Nations hoped, a mission was established in 2004 to bring stability to the nation. As a result, the United Nations Operation in Burundi (ONUB) was established in 2005  to end the violence in the region by sending out disarmament details and providing protection for those felt to be threatened by the violence. In 2006, the UN Office in Burundi (BNUB) was, furthermore, established to continue this work, as well as assisting with democratic administration and setting up the infrastructure for the government.

The mission has been seen as an overall success for the United Nations. Peace has held after a long period of fighting and the Burundi government had felt so confident that they thought the UN should leave by the summer. On the other hand, the UN Security Council felt differently, with the upcoming election serving as the impetus for their extended stay. In fact, a recent changeover in the government prompted some worries, yet Burundi’s ambassador to the United Nations maintained that “[t]he apparent differences between politicians in Burundi… are political exaggerations that are linked to the democratic learning process.”

The bigger worry for Burundi, however, is economic advancement. The nation routinely ranks low in economic development rankings, not a surprise given the disruption that such an extended period of violence brings to a nation. Furthermore, the recent floods in the area don’t look to make the situation much better in Burundi. The nation hopes that with this period of peace, an improved economy will follow.

The United Nations and Burundi both agree that their peacekeeping office should close up shop soon, with the current state of the region being seen as a success for BNUB. However, the troubled economy and the number of hungry citizens is still a major concern to the nation. As it stands, it may only take these conditions to plunge the country back into the violence the nation just got out of. The work that advocacy organizations do should concern emphasizing the need for continued attention in areas like Burundi, and though catastrophe may not be an issue, a further push in the right direction is key.