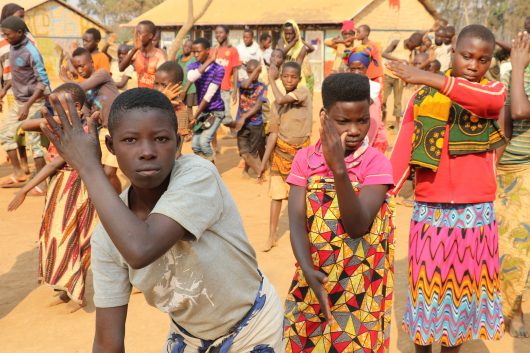 In Sub-Saharan Africa, nearly one in every 25 people lives with HIV. With a population of around 1 billion people, this number is astounding. In fact, according to the WHO, those living with HIV in Sub-Saharan Africa account for nearly 70 percent of the population of HIV carriers around the entire world. There is no question that a health database would be invaluable for tracking HIV and other diseases in this region.

Although the prevalence of HIV in Sub-Saharan Africa has been declining since 2000 due to prevention education and treatment programs, but it is a slow process. And where these programs are lacking, infection rates tend to rise.

Without the proper information regarding how to protect oneself, HIV can be spread easily throughout a population. Unfortunately, HIV prevalence can only currently be reduced through prevention education and treatment programs due to the nature of the virus.

HIV or Human Immunodeficiency Virus gradually attacks the body’s ability to fight infections and diseases. With this symptom comes a serious need for medical assistance. Regrettably, medical assistance in Sub-Saharan Africa is limited in terms of accessibility and effectiveness.

One doctor, Judy Gichoya, saw how difficult it was for medical personnel to treat patients in Sub-Saharan Africa, mostly due to a lack of proper patient information. When patients come for medical help, doctors had very little idea of what the patient had received in terms of previous medical assistance and what they currently needed.

Essentially, without an efficient system for storing patient information, doctors have to dedicate more time to diagnosis and learning clerical information about the patient rather than giving treatment.

As a result, Gichoya joined a group of others who noticed the same issue and were working to fix it. From here, OpenMRS was born. OpenMRS is a software platform for an open source health database well as a reference application that allows users to create a system of medical records to fit the specific needs of a hospital or health center.

According to the OpenMRS website, no knowledge of programming is necessary to use the software successfully. It is secure, easy to use, summarizes information without difficulty and allows many computers to access a server at the same time. This accessibility allows an ease of adoption and hopefully a reduction in unnecessary effort, allowing more time to be focused on patient treatment.

Aiding a Variety of Groups

Currently, OpenMRS is being used in developing countries including South Africa, Kenya, Rwanda, Lesotho, Zimbabwe, Mozambique and others. The software is currently used by non-profits, government aid groups, for-profit groups and NGO’s. This is where OpenMRS’s open source origins shine. Its ability to be modified allows it to be changed for every specific need of each user and could even potentially allow it to be used in a variety of fields.

So far, the wide adoption of the health database created with OpenMRS shows that it is not only usable but also effective. Open source technology is becoming very prevalent and it seems to be the perfect format for technology destined to help those in poverty around the world. Hopefully, this trend continues and great minds keep working on technology, improving it and making it more accessible to those in need like those who struggle with HIV in Sub-Saharan Africa.