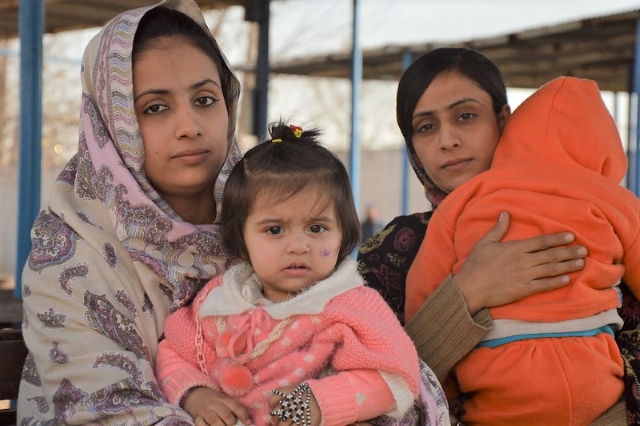 The recent resurgence of the Taliban in Afghanistan has sparked fear in Afghan citizens, resulting in large numbers of Afghans fleeing Afghanistan to seek refuge in other countries. Some countries have welcomed Afghan refugees with open arms, but others simply do not have the capacity to host large groups of refugees. As many countries around the world scurry to help Afghan refugees find shelter, Airbnb has stepped up to help. “The displacement and resettlement of Afghan refugees in the U.S. and elsewhere is one of the biggest humanitarian crises of our time. We feel a responsibility to step up,” says Airbnb CEO, Brian Chesky.

Airbnb to the Rescue

Airbnb’s plan comes through its Open Homes platform, a tool created by the company in 2017 after former President Trump’s administration implemented a travel ban on several predominantly Muslim nations, including war-torn and heavily displaced Syria. At the time, countries such as Germany were grappling with a surge of refugees from Syria. Airbnb’s plan in 2017 looked to “provide short-term housing over the next five years for 100,000 people in need.” The company is building on that promise through the Open Homes platform.

How the Open Homes Platform Works

The purpose of Open Homes is to “Give people a place to call home in times of crisis.” Open Homes serves as a middle ground for refugees from Afghanistan and other conflicted nations to create a plan for more permanent housing. Airbnb’s platform works as a tool for hosts to open their homes to screened and approved guests including refugees. According to the company’s website, hosts receive a guide on the process of listing their home as a temporary residence.

The process is similar to Airbnb’s staple rental service. However, Airbnb’s announcement on August 26 made it clear that more than established hosts can use the platform to help. The platform relies on donations to cover the costs of temporary housing. Donations can be made by anyone willing to help cover the costs of refugee stays. For Afghan refugees, the platform is established and tested and may serve as an important tool in navigating the crisis.

The Importance of Temporary Housing

By definition, a refugee is an individual that cannot return to their home country due to reasons that jeopardize their safety and well-being. As the Afghan refugee crisis begins, there is precedent that can serve as guidance for how the U.S. can address this humanitarian issue. From past refugee crises, humanitarian groups find that shelter is one of the most important aspects of addressing the issue. Without a place to call home, refugees are denied the basic rights to adequate shelter and safety.

Temporary housing provides safety while refugees find more stable living situations. An influx of refugees with no place to go places greater strain on governmental agencies. This also potentially means more taxpayer money would go toward temporary housing subsidies and the governmental mediation of desperate refugees. Private options such as Open Homes can supplement the burden that the government and taxpayers struggle to fill.

According to the nonprofit Refugees Welcome!, asylum seekers lack “access to housing, food stamps or other benefits afforded to documented immigrants or citizens.” For people forcibly displaced by conflict such as current Afghan refugees, programs such as Open Homes provide a solution to the lack of safe and proper shelter for influxes of refugees. Open Homes may be the only viable option for families forced out of a nation.

To help address the Afghan refugee crisis, Airbnb’s Open Homes platform provides a commendable solution. Even an ordinary individual can get involved in this initiative, providing hope to vulnerable people with no place to call home.