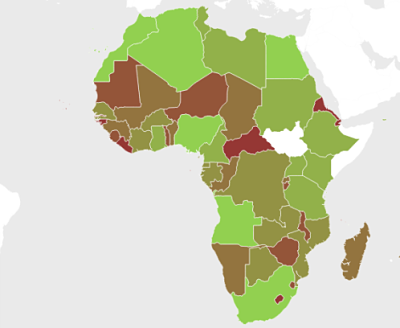 After being deployment in 14 different African countries, the Open Data for Africa Platform has now been officially “rolled out to all 54 countries across the [African] continent,” announced the African Development Bank (AfDB), which launched the project.

Open Data for Africa is “part of the worldwide effort to strengthen statistical capacity” in order to “foster evidence-based decision-making, public accountability and good governance.”

Open Data for Africa directly resulted from global and regional initiatives aimed at boosting the availability of data necessary for the management and monitoring of development results and programs throughout Africa, including the Millennium Development Goals (MDG).

The African Development Bank defines Open Data for Africa as “a user-friendly tool for extracting data, creating, and sharing customized reports, and visualizing data across themes, sectors and countries through tables, charts, and maps.” Thus, this unique platform provides reliable and timely data on Africa, through the use of development indicators, statistics and graphs.

Open Data for Africa will enable African governments and policymakers to more easily participate in the international community while facilitating dialogue between informed users across the globe. “This is because the platform is part of the AfDB’s ‘Africa Information Highway’ initiative which saw the establishment of live data links between the AfDB, National Statistical Offices, Central Banks and … ministries in all 54 countries.”

Ultimately, there are hopes attached to Open Data for Africa. The transparency of results of development programs and statistics is expected to encourage good governance and greater accountability of African leaders. Public awareness of funding and programs could spur development, especially given the recent uprisings in Tunisia and Egypt, as The Next Web notes.

Sources: AfDB, The Next Web, Open Data for Africa