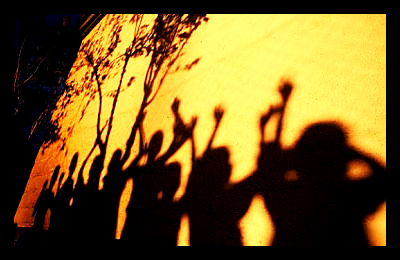 Eighteen years after it was established, an illegal orphanage in an area of the Lagos State in Nigeria was shut down by state government officials, who also rescued 25 children from the facility. The Office of the Public Defender (OPD) and branch of the state Ministry of Justice, which carried out the rescue mission from the fictitious “Home for Orphans and Less Privileged,” said that aside from keeping the children illegally, the facility was also used for child trafficking.

OPD officers and the Director of Child Development, Alaba Fadairo, learned of the illegal operation run by Rosemary Nwachukwu and acted quickly. A statement issued by the OPD described the deteriorating conditions to which the 27 children, ranging from 3 months to 12 years in age, were exposed. The rescued children have since been taken to the Lagos State Government welfare institution for proper care and protection. The whereabouts of two children are still unknown.

In a press release the OPD stated that, upon further investigation, it was discovered that Nwashukwu held the 27 children in a single room, exploiting them to raise money by defrauding members of the public interested in adoption. The investigation also showed there were no records on kept on any child, no evidence of how Nwachukwu came to be in possession of these children, and no form of police security report.

Fadairo asked the Lagos residents to help the government in curbing such activities in the state. He also warned members of the public to remain vigilant and report similarly suspicious or criminal activity to the media or government in the future. She emphasized that the individuals that operate unapproved or illegal orphanages will be arrested and prosecuted.

In an interview, the suspect, Nwachukwu, told officials that her orphanage had been funded exclusively by donations for the past 18 years, but residents and the landlord association in the community stated they were unaware of the operation, adding that the financial support she described may have been brought to the woman under the cover of darkness.