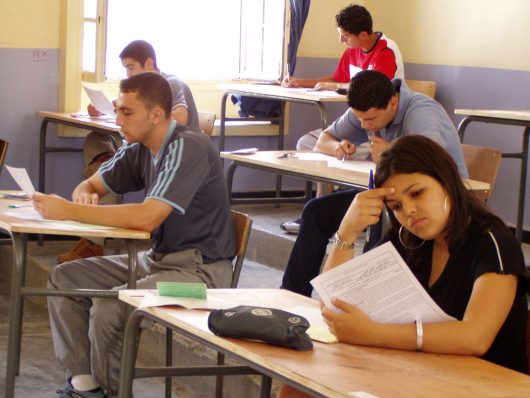 Since gaining their independence in 1962, education in Algeria has improved significantly in relation to access to and quality of education. The amount of students enrolled in school more than doubled between 1962 to 2000. But with overall enrollment up there was still opportunity to identify subsets of the education system in which enrollment was lacking.

The government reached out to UNICEF for assistance on quantifying these shortcomings. UNICEF and the Ministry of Education partook in the Global Out-of-School Children Initiative (OOSCI) to identify flaws in enrollment and also characteristics of students who drop out. The goal of which was to identify those characteristics so future students fitting that mold can potentially be saved from dropping out.

The few pre-primary schools available in the country are privately funded and not available to a large portion of the population. This is something the government plans on improving in coming years.

Adding more primary and pre-primary schools will require more qualified teachers in the country. A UNESCO study estimates that by 2025, Northern Africa is going to need an additional 1.9 million teachers in total which includes 200,000 in Algeria.

The repetition rate for males and females also fall into the 20 and 30 percentiles respectively compared to similar countries.

The Algerian government will be partnering with UNICEF in 2016 to work on improving these metrics. UNICEF plans on implementing child-centered methods to curriculum planning in their development of current and future teachers.

These future investments in education in Algeria will be costly. This could be problematic for a country where 60 percent of their tax revenues are related to hydrocarbons. Any fluctuation in the price of oil can have serious ripple effects on their economy.

In their 2017 budget, they are using a $50/barrel price point for allocating budget dollars. In order to maintain current levels of funding, they will be raising taxes to avoid any shortfalls that would occur.

Fortunately, with this proactive approach to maintaining levels of government spending on education in Algeria, they will not find themselves overly susceptible to influxes in their main trading commodity.