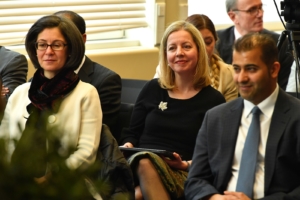 The Gender Wage Gap’s Presence in the Workforce

In the past 70 years, women have joined the workforce in increasing numbers, despite it previously including mostly men. As the Canadian Women’s Foundation reported in 1950, about 21.6% between the age range of 25 to 54 had employment. The number increased to 82% in 2015. Despite the slight growth, the gender wage gap in Canada is still present. Data from the year 2018 from Statistics Canada displayed the economic disparities between women and men. For every dollar a man receives, a woman earns 87 cents, which is a difference of $4.13 per hour if a man makes $31.05 and a woman makes $26.92.

Another example of wage disparities is a report from Robyn Doolittle, a writer for the Globe and Mail who reported that in February, women made 25% less than their male peers who made $200,000. Jodie Primeau, who works at Deep River, Ontario’s Primeau Law Professional Corporation, stated that gender wage segregation, the way others treat women in the law firm and how customers view women lawyers all play into the gender wage gap.

Gender wage segregation is where people view certain jobs as acceptable for women such as roles as assistants, receptionists and clerks. As a result, women often fill these roles at legal firms, which tend to be lower paying than other positions.

The way others treat women in the law firm impacts their wages in that in corporate law, they may end up with tasks like research letters rather than legal documents. The circumstance of how women are socialized to accept certain kinds of work could potentially lead them to make less money.

The way that customers view women lawyers may influence their success in the workplace as well. After a male lawyer sent emails with his female coworker’s signature, he found that clients were more difficult and required more explanation than when he signed emails with his own name.

Recommended Steps to Ensure Pay Equality in the Workplace

The gender wage gap in Canada is a major problem with the salary for women being 12.1% less than their male counterparts. Despite earning degrees and working in fields having a much higher income, women are still earning half of their male counterparts instead of earning the same amount. On June 1, 2022, Canada requires employees to submit income data indicating the wage gap. Doing so will display the unjust reality of what women go through despite having the qualifications to work.

The Toronto Star, a news site, suggested four steps to eliminate the wage gap. The first step is to inspect how wages differ between men and women who work in similar jobs. The second suggestion is for job listings to indicate the pay range for the role which should prevent women from asking for too little when negotiating for a job. For the third step, the Toronto Star recommended that is for job listings not include present-day or preceding wages as it is not important to employees. Some states in the U.S. have placed a ban on including wage history in job postings and have seen a low rate of pay discrepancies between men and women. The final step is for employers to promote fairness by hiring a range of people from different backgrounds.

The Ontario Equal Pay Coalition has been working to resolve the gender wage gap. This coalition is a collection of trade unions and other organizations that promote pay equity for employees including women. Since its beginning in 1976, it had a role in promoting increases in the minimum wage, restoring the province of Ontario’s Employment Equity Act and encouraging the Pay Equity Act.

The Equal Pay Coalition compiled four steps to close the gender wage gap in Canada. Here are its recommendations.

Despite wage disparities between men and women and gender roles in the workforce, the steps that the Ontario Equal Pay Coalition recommended should help reduce the gender wage gap and promote awareness of the issue.