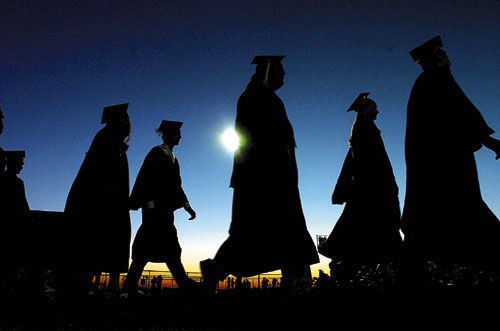 There is an almost universal understanding that a lack of education is almost always a ticket to poverty. From rural India to modern Japan, when children miss out on quality education, it sets them on a difficult path to poverty.

But the United Way of Windsor-Essex in Ontario, Canada is putting their foot down, and starting up a program to make sure low-income students get started off on the right foot. Twenty kids from underprivileged backgrounds are being placed in an immersive program set to get them off through school and off the poverty track.

Each of the youths, who start high school this month, have signed five-year agreements that commit them to finishing high school and keeping their grades up.

In return for doing well in school, the students receive special mentoring, after-school tutoring and counseling options, and perhaps most uniquely – $1,000 will be set aside each year towards each student’s post-secondary education.

A recent report by United Way found that roughly a quarter of county residents under 17 lived in low-income families, and more than half of those in single-parent households are living in poverty.

The report further found that family income has a strong effect on the “child’s cognitive, behavioral, and physical outcomes, as well a lesser relationship on social development.” Children from lower-income families, according to the report, are at a significant disadvantage compared to their higher-income peers.

Poverty places many challenges on young adults, including increased mental strain, the risk of poor nutrition, and, of course, reduced educational opportunities. According to Lorraine Goddard, CEO of the local United Way, many of the students in the pilot program come from “working poor” families in which the head of household is often struggling with multiple jobs to make ends meet.

“You become discouraged, you can be ostracized — kids give up,” said Goddard. The personal and financial support, which comes from individual donors, “builds a sense of hope in these kids,” said Goddard.

Participation in the On Track to Success program offers participating students a reprieve from some of the stresses of living in a low-income home, giving them more time and energy to devote to their education.