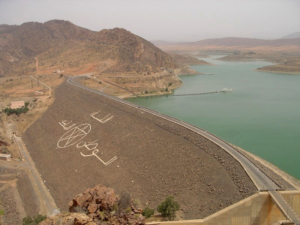 Drought has limited access to water in Morocco. In March 2022, Morocco experienced its “worst drought in 40 years.” Since September 2021, reservoirs in Morocco have only received 11% of typical yearly rainfall, according to Moroccan authorities. Droughts in Morocco are not uncommon, but the current drought is so major that it poses a threat to the water supply in Moroccan cities. In an attempt to put an end to this water scarcity, Morocco’s National Office of Electricity and Drinking Water (ONEE) has drafted and started construction on a project in Marrakech, under the National Program for the Supply of Drinking water and Irrigation 2020-2027 that seeks to build dams inside the country to efficiently distribute water throughout Morocco.

As of June 2022, ONEE is overseeing the construction of a pipeline that will efficiently allocate water in Morocco’s most populous city, Casablanca. The project is separated into two stages. The first stage involves installing a pipeline that is roughly 4.5 miles long and goes from North Casablanca to the Médiouna distribution reservoir in Southern Casablanca. The goal of the pipeline is to “ensure optimal management of the available water resources at the Sidi Mohamed Ben Abdellah dam and the Oum Er Rbiaa basin.”

ONEE received approval from the government to build multiple dams in the country’s Marrakech region back in 2020 and began construction in March 2022. This project has cost the country roughly $256 million and is receiving funding from the African Development Bank under the African Finance Corporation.

The goal of the project is to raise the number of major dams in Morocco from 145 to 179. The current focal point of the project is the Al Massira Dam “where a settling station, a treatment station, three pumping stations and several reservoirs with a total capacity of 93,000 cubic meters will be installed.”

The Importance of Change

The Moroccan economy tends to falter during times of droughts. Due to drought, agricultural output in Morocco reduced by 17.3% since 2021. It is expected that in 2022 Morocco’s poverty rate will remain stagnant at its current rate of 2.5% due to inflation in food and goods and the drought’s toll on agricultural production.

Due to the powerful effects that the current drought has on the country, efforts toward making water in Morocco more accessible are imperative.