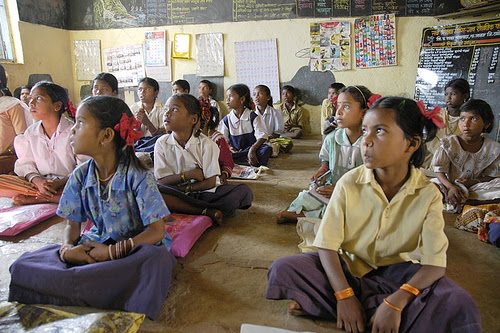 India has the largest K-12 educational system in the world with 260 million students. However, it still ranks low globally on academic achievement and student performance. Nearly half of students lack basic literacy and math skills after studying in school for five years. However, the rise of new classroom technologies, such as artificial intelligence (AI), shows promising hope for rural communities seeking to improve student success. Here is how AI could reshape education in India.

Thirty-eight percent of government public school students in grade three are unable to read simple words. Only 27 percent of students could perform double-digit subtraction. Teacher preparedness and competency is also a reported issue. In one study, only 11 percent of government school teachers in the Indian state of Bihar could demonstrate the steps by which to solve a three-digit by one-digit division problem.

Notwithstanding these educational challenges, early evidence shows a number of adaptive AI programs offer promise in mitigating the educational deficits in poor educational communities and schools. Oftentimes, these programs supplement the traditional curriculum and even absent teachers. This is how AI could reshape education in India.

How AI Could Reshape Education in India

The Future for India’s Education

What is evident thus far, especially from the implementation of Mindspark, is that AI has the potential to address gaps in education in India for poor, rural communities that lack high-quality teachers and programs. Access to effective tools is currently in favor of wealthier communities in India. Forbes India opines that more investment from the government, nonprofits and companies is necessary to expand the influence of these new technologies into the communities that need them. India, which already has one of the world’s largest software industries and telecommunications systems, may prove how AI could reshape education in India with investments in education technology.